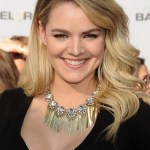 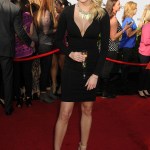 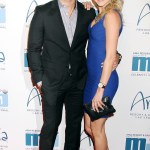 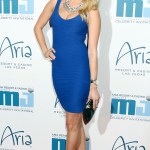 ‘Bachelor’ star Nikki Ferrell and her husband of two years, Tyler Vanloo, have sadly called it quits after going through a reportedly ‘rocky’ marriage.

Former Bachelor winner Nikki Ferrell, 32, is getting a divorce from her husband of two years, Tyler Vanloo, according to US Weekly. A source told the outlet that the two have been “on the rocks” since they got married back in Oct. 2016 and are now “done”. A source close to Nikki also EXCLUSIVELY confirmed the news to HollywoodLife. “Nikki Ferrel and her husband Tyler Vanloo are in fact getting a divorce,” the source said. “They’ve had a super rough and rocky year. It’s true. They haven’t been spending time together for quite awhile now. They really tried to make it work, but ultimately, could not. For friends It’s not surprising at all.”

The former couple’s Instagram accounts also provide hints of the split. Nikki is no longer following Tyler and the last time she posted a pic of him was way back in Jan. 2018. Tyler, however, still posted a tribute to Nikki the next month on Valentine’s Day. “Such a babe… happy V-day,” he captioned a series of photos he posted of his wife.

Before Nikki got together with Tyler, she made headlines for becoming the winner of Juan Pablo Galavis‘ rose in the 18th season of The Bachelor and although Juan didn’t propose or tell her, “I love you”, the pair did date for several months and later appeared on VH1’s Couples Therapy before breaking things off in Oct. 2014. Since then, like Nikki, Juan got married to Osmariel Villalobos in Aug, 2017.