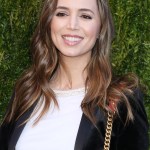 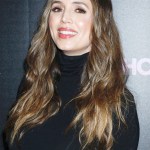 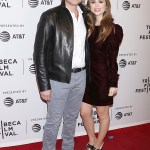 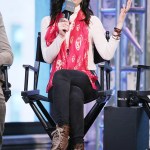 Actress Eliza Dushku received a nearly $10 million settlement from CBS afer she alleged that she was the target of inappropriate sexual comments while appearing on their legal hit ‘Bull.’

Former Buffy the Vampire Slayer actress Eliza Dushku was secretly given a $9.5 million settlement by CBS after she claimed to have been subjected to inappropriate sexual comments on the set of Bull by star Michael Weatherly. The New York Times on Dec. 13 reported that after she confronted the actor about his behavior, she was written off the show in retaliation despite plans for her 2017 three-episode arc to turn Dushku into a series regular. The publication reports that she went through mediation with CBS and was given a secret payment of $9.5 million, the equivalent of what she would have made had she appeared in four seasons as a regular on Bull.

Dushku declined to comment about the Times‘ piece, but CBS did confirm the payment was made to her. In a statement obtained by HollywoodLife.com, the network said ““The allegations in Ms. Dushku’s claims are an example that, while we remain committed to a culture defined by a safe, inclusive and respectful workplace, our work is far from done. The settlement of these claims reflects the projected amount that Ms. Dushku would have received for the balance of her contract as a series regular, and was determined in a mutually agreed upon mediation process at the time.”

“During the course of taping our show, I made some jokes mocking some lines in the script,” Weatherly said in e-mail to the Times. “When Eliza told me that she wasn’t comfortable with my language and attempt at humor, I was mortified to have offended her and immediately apologized. After reflecting on this further, I better understand that what I said was both not funny and not appropriate and I am sorry and regret the pain this caused Eliza.”

“On another occasion, Ms. Dushku told investigators, he said in front of the cast and crew that he would bend her over his leg and spank her,” the paper reports. When interviewed by investigators, the paper says that Weatherly claimed he only meant it as a joke and wasn’t serious. “I ad-libbed a joke, a classic Cary Grant line from Charade or Philadelphia Story, and that meant not at all that that was an action I wanted to take,” he told them.

Another complaint she told to investigators was about how Weatherly allegedly joked about a “rape van” when shooting a scene with a windowless van. Weatherly told investigators it was a joke gone awry. “The scripted line in that scene was, ‘Hey, young lady, step into my windowless van,’” he said. “I didn’t particularly like that line, so I joked, in order to highlight how distasteful the emphasis of the line was, about an ‘r. van,’ a rape van. Which, in retrospect, was not a good idea.”

The Times reports that the agreement came together last January at the height of the #metoo movement of female stars openly discussing unwanted sexual experiences in the entertainment industry, but that Dushku was not allowed to disclose it. The publication added that Weatherly, Producer-Writer Glenn Gordon Caron and Amblin Television “were parties to the settlement agreement, which prohibited Ms. Dushku from discussing her experiences on the show in exchange for the $9.5 million payment.”