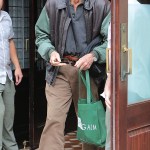 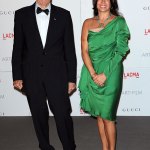 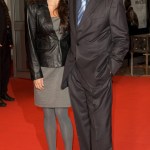 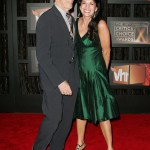 Surprise! The world was shook after fans found out Clint Eastwood had a ‘love child’ named Laurie Murray. So, how exactly did this woman found out she was the daughter of such a Hollywood icon?

Laurie Murray, 64, found out that she was the secret daughter of Clint Eastwood, 88, when she went searching for her roots. “This all happened around 30 years ago. Laurie had been really interested in finding out who her real parents were and hired someone to help her,” a family friend told the Daily Mail. Her mother — who had a serious relationship with Clint in Seattle when he was still engaged to his first wife, Maggie Johnson, according to the Daily Mail – gave Laurie up for adoption shortly after she was born.

“When they found the paperwork, her biological mother had written down Clint Eastwood’s name [as the father],” the source told Daily Mail. “From what it appeared, Clint Eastwood had no idea that she was even pregnant.” The source says that Laurie, a Lakewood, Washington native, reached out to her mother but she didn’t want to be contacted,” but Clint was the complete opposite. He was happy to find out that he had a secret daughter. “It obviously came as a great shock to Laurie but I believe that Clint was extremely receptive to her and the situation.”

“Laurie and her family are wealthy in their own right,” the family friend added, as the Mail reports she’s married to Lowell Thomas “Toby” Murray III, whose family ran the successful Murray Pacific timber company for more than a century. “So it wasn’t a situation, which I’m sure someone like Clint Eastwood is used to, of someone crawling out of the woodwork looking for money.” LT Murray, Clint’s grandson (and Laurie’s child) told the Mail that Clint has made up for lost time. “All I would say is that he’s been a great father to my mom, and always great to me and my family whenever we see him.”

If you need any more proof of this, look to the 2004 Oscars. Pictures from the event show Laurie in a gown with Clint’s second wife, Dina. On the carpet, Laurie joined her father to help his mother, Ruth Wood, walk into the event. “We always wondered why it was never really widely known or widely acknowledged before. He took Laurie to the Oscars around the time that he was nominated for Mystic River with his mom and Dina,” the insider tells the Mail.

“Laurie had a really great relationship with Clint’s mom,” the source says. Ruth Wood passed away in 2006. “It seems to be a close relationship and they are together fairly often.”

The world quote-unquote “found out” about Laurie after she attended the premiere of Clint’s new movie, The Mule, on Dec. 10. All of Clint’s eight children showed up, and his youngest daughter, Morgan Eastwood, 22, confirmed that Laurie is indeed her sister. His other children include Kimber Tunis, 54, Kyle Eastwood, 50, Scott Eastwood, 32, Kathryn Reeves, 30, and Francesca Fisher-Eastwood, 25.