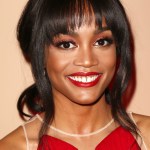 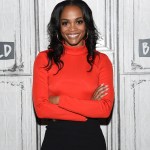 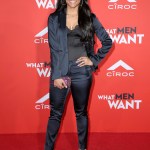 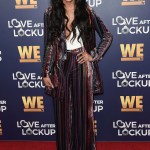 If you’re hoping to see Rachel Lindsay and Bryan Abasolo tie the knot on TV, we’ve got some bad news. Rachel tells us exclusively why they’re skipping the televised ceremony and doing things on their own!

Here’s the sitch: Bachelorette Rachel Lindsay and fiancé Bryan Abasolo are totally down for airing their wedding on TV like Bachelor Nation members past, but it’s just not in the cards right now. As Rachel revealed to HollywoodLife when we caught up with her at a WeTV Love After Lockup event, it’s just not up to them, even if they’re game! “It’s up to the network and that hasn’t been offered to us yet,” Rachel said in our EXCLUSIVE interview on December 11. “I don’t want to be the type of person that’s sitting around waiting for what would happen. I want to roll with it.

Makes sense! While she and Bryan are both “open” to a televised wedding, she explained that getting a TV wedding isn’t a given when you’re a Bachelor or Bachelorette, like viewers may believe. “I think there’s this misconception that you get a ring, you get engaged on TV, that a wedding is promised to you,” Rachel said, “but that’s not the case. There’s kind of a waiting list. I’m not even the next in line. I think there are a lot of factors that come with it. It was a reality shock to me, too!”

As for their non-televised wedding… we may not have to wait too long to see some pics! Rachel confessed that she and Bryan will get married in 2019 “for sure,” hopefully in the first half of the year. That’s right around the corner! And she’s got this wedding planning thing all under control. “I thought getting engaged on The Bachelor I’d have this TV wedding, and now that that’s looking like it’s not going to happen, I’m like, ‘okay, great, I have to plan this myself.’ So, I was very eager in the beginning but now I’m very real with the situation in that I’m planning it,” she said. We can’t wait!