Sarah Hyland and Wells Adams really seem to be enjoying their vacation in the British Virgin Islands. The ‘Modern Family’ star further proved that by showing off her body in a hot bikini!

Sarah Hyland and Wells Adams appear to be having the time of their lives in the British Virgin Islands! In fact, Wells proved that by posting a series of Instagram stories on Nov. 30. First, he shared a video of a pretty insane sunset — even he was shocked by it, as he could be heard saying, “Whaaaaaaat? Cool sunset,” as he zoomed in on the fiery-colored clouds. Then, he posted a super cute picture of him and Sarah with the ocean behind them. He kissed her on her forehead as she smiled for the camera and showed off her incredible body in a bright orange bikini! Finally, the 34-year-old reality star capped off his stories by sharing a video of Sarah at CocoMaya Restaurant, dancing to Pitbull‘s “Give Me Everything” as they dined on some awesome food. “This place was great,” Wells said, when tagging the restaurant in his story.

Fortunately, they seem to be making up for the nightmare they endured at the start of their trip. Recently, the couple revealed that they were initially flown to the wrong island and had to wait 36 hours before getting to their correct destination. And then, they had to deal with some bad weather, so it’s nice to see they’re finally enjoying their vacation! Especially because they’re celebrating Sarah’s 28th birthday. As you can see in the new pic below, though, the weather doesn’t seem so bad anymore. Blessed be the fruit.

Interestingly, this vacation could also end with an engagement, as a source recently told HollywoodLife EXCLUSIVELY that friends wouldn’t be surprised to learn if the couple became engaged. “It is a foregone conclusion that engagement is near,” our source said. 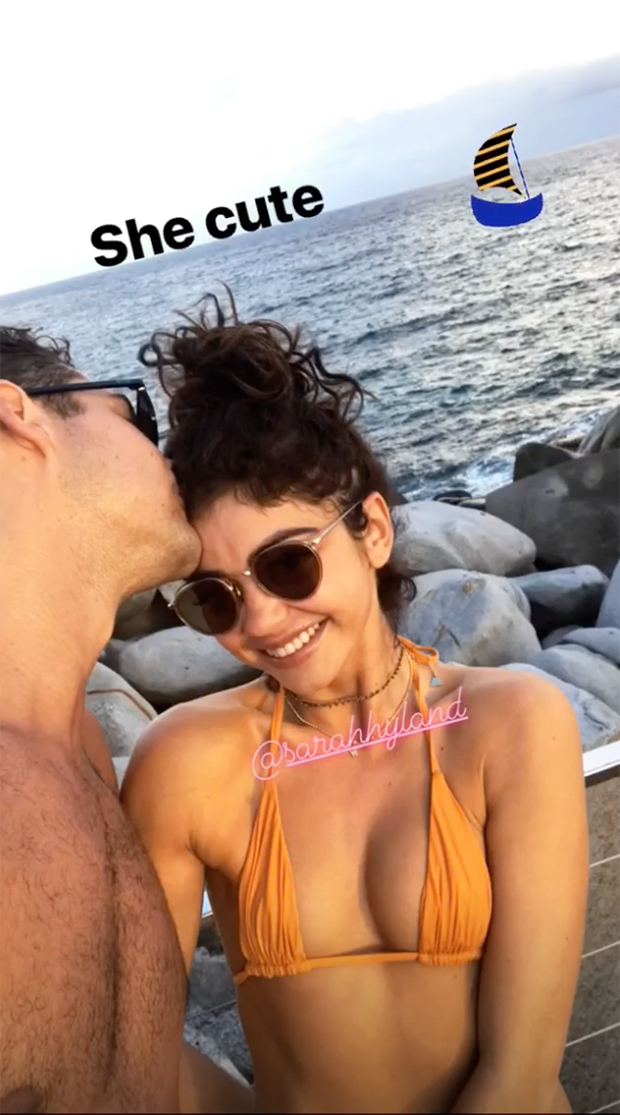 Wouldn’t it be so romantic if Wells proposed for her birthday in the British Virgin Islands? And if he does, we can’t wait to see the ring!