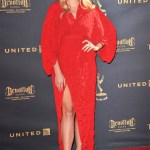 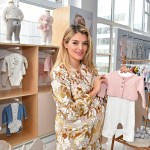 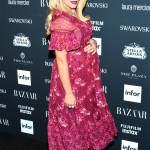 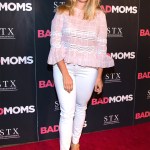 Daphne Oz likes to keep it all in the family, dishing it up both in the kitchen and on the small screen on her new show with her dad, ‘The Dish On Oz’.

Daphne Oz, 32, is back on the small screen doing what she loves – cooking and talking about food. More than a year after the mom-of-three quit ABC’s The Chew in August 2017, she’s returned to daytime TV. But, this time, she’s a regular on her dad Dr. Mehemet Oz’s show, Dr. Oz. Every Wednesday Daphne appears on The Dish On Oz, a series within a series, which features yummy recipes. In other words, every foodie’s dream. Daphne tells HollywoodLife EXCLUSIVELY what fans should expect from The Dish, which premiered earlier this fall.

“It’s a wonderful way for the Oz audience to get what they’re craving and what they’re hungry for, which is more food, especially as we go into the holidays,” she says. “Whether it’s a late night dinner, or you’ve gotten into a rut and you just want to add a little panache to your Thursday night meal plan. Quick and easy and still super flavorful.”

The Dish also features regular guests. On the Nov. 28 episode, for example, race car driver Danica Patrick and singer Jordin Sparks are on hand to try out an array of guilt-free comfort foods. “We definitely have a drinks and dinner with friends, party vibe going on, which is nice,” Daphne says. “It’s about having conversations that women like to have when we gather around the dinner table, with a good beverage.”

This time, Daphne’s foodie vision involves working with her 58-year-old dad. “It’s fun, first and foremost,” she says when asked what it’s like working with Dr. Oz. “My dad is so supportive of this concept and this series. He’s so supportive of this series and something that we made with his audience in mind. Healthy food should be delicious food.”

Juggling flavorful food with health is what Daphne is all about, especially as a mom of three young children whose goal is to keep cooking at home “fun and relaxing.” The one question she admits she’s asked the most is how to get young kids to eat healthily, which she believes needs to start at a young age. “I found with my kids, I exposed them to a lot of different flavors, different textures early on,” says Daphne, who has son Jovan, 3, and daughters Philomena, 4, and Domenica (who turns 1 in December) with husband John Jovanovic. “My kids obviously see my husband and I explore with food and not play it safe and they want to be a part of it.”

With three kids under the age of 5 and a new food series on the go, is Daphne done having children? Apparently not. “It’s a wild and crazy zoo at our house,” she tells us. “Nobody knows what the future has in store. I would really love to have more.” Whether she does or not, it sounds like just the sort of conversation she’d have on her new show. “We’ll be talking about quiche and ending on how to cover up those dark under eyes,” she says about the format. “Food for me has always been a way to open up these deeper conversations. You never know what you’re going to get.”