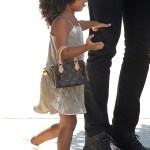 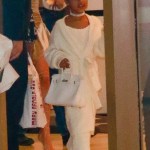 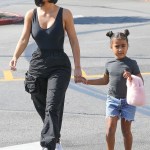 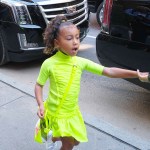 Um, can we have North’s handbag collection? Kim Kardashian’s daughter may be young, but she’s already filled her wardrobe with the best bags. See for yourself!

She got it from her momma! North West, 5, is clearly following in Kim Kardashian‘s stylish footsteps if her collection of designer purses is anything to go by. The KarJenner kid is always fashionable, but her collection of bags takes all of her little looks to the next level. Fans have seen her sporting the same velvety dress twice with white sneakers, for example, but she paired it with a Fendi purse once and a Louis Vuitton bag the second time to switch things up. Too cute! But her good taste doesn’t come cheap. North’s black Fendi crossbody alone, which she swung from her elbow, costs more than most people’s rent at a whopping $2,000.

And that isn’t even the most expensive handbag she’s worn out and about! Who could forget the time Kim and Kanye West‘s little one went to a church service with another Fendi purse on her arm? Even though the bedazzled bag was teeny tiny, it cost a whopping $3,450. Whoa! This may seem surprising at first — until you realize North was gifted two Alexander Wang purses for her fifth birthday and her parents once let her paint on a five-digit Hermes bag. With that in mind, wearing expensive designer wear is clearly just a day in the life of this mini fashion plate.

While not all of her purses have been priced, North clearly has one for each and every outfit. Whether it’s a highlighter green bag to match her dress or a see-through pink purse to go with her kimono, she’s styling at all times!

But North isn’t the only kid in the fam with an impressive purse collection. Her older cousin Penelope Disick, 6, has just as much experience sporting stylish designer bags from an $8,000 Birkin to the same bedazzled Fendi.