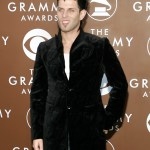 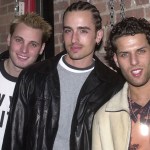 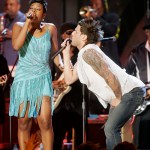 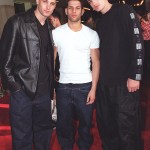 As we mourn the devastating loss of Devin Lima, let’s take a look back at his rise to fame with these 5 facts about the talented LFO singer.

The music world is grieving the loss of Devin Lima, the longtime LFO member who tragically died of stage 4 adrenal cancer on November 21. Devin was only 41 years old, and had suffered from the brutal disease for one year. He was a one of a kind talent, and his absence will truly be felt in the music industry. As we grieve Devin, let’s take a look at some facts you may not have known about the singer:

1. He joined LFO through an open audition. The original LFO lineup consisted of Rich Cronin, Brad Fischetti, and Brian “Brizz” Gillis. Brizz left the band in 1999, and Rich and Brian decided to hold an open audition to find their new, third member. Enter Devin Lima! Devin was working at a hardware store at the time, and his life changed forever. With Devin on board, they recorded their biggest hit, “Summer Girls,” and the band immediately became a household name.

2. He came up with the name LFO. Prior to Devin joining the group, they were called Lyte Funkie Ones. For real. It was his wise suggestion that they shorten it to LFO, which is a good thing, because Lyte Funkie Ones is super goofy!

3. He started another band after LFO’s first breakup. LFO first disbanded in 2002 and the guys took some time to pursue other projects. Devin started the band Cadbury Diesel in 2006, and they released their debut album, Mozart Popart, in 2007. The other LFO members were fully supportive of his new venture. In fact, Brad produced the album! “Brad had a really strong understanding of what I was going for with this record,” Devin said in a 2007 press release. “Why look elsewhere when one of your closest friends gets exactly what you are trying to do, believes in you and your vision and is able to help you realize it.”

4. He was diagnosed with a “one in a million” cancer in 2017. Brad revealed in an October 2017 video that Devin had been diagnosed with stage 4 adrenal cancer, and had undergone surgery to remove his adrenal gland. Sadly, the cancer spread to his kidney, which doctors had to also remove. He was to undergo chemotherapy and radiation treatments. “I wish we had better news to share,” Brad said. “It’s devastating news but at the same time, there’s nobody I know stronger than Devin Lima. No one has a stronger body, mind or soul and if anybody can defeat this, it’s Devin.

5. He is now the second LFO member to die from cancer. Rich died of acute myelogenous leukemia in 2010, after a five-year battle with the brutal disease. He had suffered a stroke and died in the hospital, according to his brother.