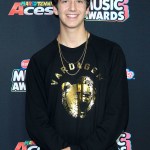 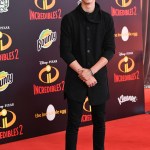 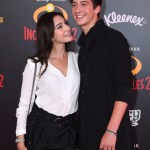 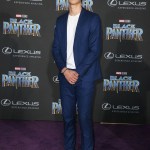 The Dancing With the Stars season 27 finale will air Nov. 19 at 8 p.m. on ABC. Milo Manheim, 17, is competing in the finals, and he’ll be supported in the audience my his devoted mom, Camryn Manheim, and dad, Jeffrey Brezovar. Jeffrey is attending the show for the first time to see if his son will be the youngest DWTS winner in history! Here are 5 key things we know about Milo’s dad.

1. Jeffrey and Camryn were never a couple, but they have a “very tight bond.” Jeffrey and Camryn were close friends, and he “helped” her have a baby, according to Parade. Camryn has raised Milo as a single mom. “My mom’s a single mom, and I’m an only child, so we have a very tight bond,” Milo said on DWTS. “It’s just been me and her my whole life, and the fact that she’s in the audience every single time I perform, and the fact that she’s so supportive…I just wanted to show her that the reason I’m here is because of her, and the reason I’m the person I am is all because of her, so the fact that I could show her that in that dance meant so much to me.”

2. Milo and Jeffrey are close. “I’ve gone on trips with him. He’s a really nice guy, and my mom thinks so as well. So, I’m happy to have him in my life,” Milo also told Parade.

3. Milo posts sweet messages to his dad on Instagram. He loves posting throwback photos with his dad. For one Instagram photo he posted in June 2016, Milo wrote: “I’m gonna be like you.” So cute!

4. Jeffrey is a former model. He was featured on the cover of a 2005 edition of Out magazine. He was also a former Aramis Man in cologne ads.

5. Jeffrey was present at Milo’s birth. Milo was born on March 6, 2001. At the time, Jeffrey did not confirm whether or not he was Milo’s father, but he said the sweetest thing about Camryn and the new baby boy. “Camryn is the happiest I’ve ever seen her, and I’ve seen her at many happy moments,” he told PEOPLE. “He’s the most spectacular baby, with a full head of brown hair and beautiful long eyelashes.”