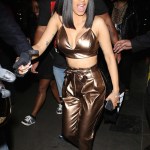 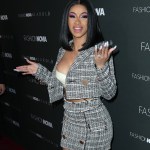 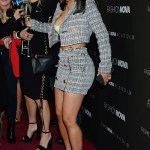 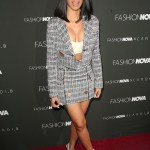 There’s new drama between Danielle Bregoli and Iggy Azalea, and it’s a LOT to dissect. See Danielle’s latest message to Iggy, and all of the details of their Nov. 14 clash.

New feud alert. Danielle Bregoli, 15, AKA Bhad Bhabie, is NOT happy with Iggy Azalea, 28. Iggy and Danielle were both at the Fashion Nova X Cardi B launch party on Nov. 14, but things got messy when Bhad Bhabie allegedly threw her drink on Iggy! After Iggy took to the internet to have her say, Danielle went off on the rapper, and fired right back! “Glad u left wit a bag cuz u certainly ain’t making no money from music anymore,” she wrote in her Instagram stories. “It’s simple. Don’t talk all sorts of shit on the internet n come up to me like u my friend,” she added. “Some of these hoes like u fake n 2 faced as f**k but I’m NOT that bitch,” she also wrote in a post. Danielle did not hold back!

Iggy had her say as well, but seemed more amused than angry. In a series of Tweets, she shared her side of the situation, and explained what went down. “I literally was standing there taking pictures wide open no security. Felt water thrown on my wig. Turned around and saw all these people scuffling and screaming – I thought there was a fight in that section. I was confused as f**k about what was going on,” she said in one Tweet. She also took to Instagram stories to make light of the situation. “Am I just going to have a half and half wig for the rest of the night?” she joked in a video. “So the Dr. Phil girl is really upset about me apparently and thought I’d fight a child?! LOL Anyway! The fashion nova party is LIT!” she captioned her post. Given the drastic age difference between Iggy and Danielle, she was not about to get into a physical altercation with a minor. “Imagine me scrambling around on the floor in a dirty night club trying to hit a teenage girl. Girl. NO. I’m grown and will simply have you REMOVED and continue,” Iggy also wrote on Twitter.

For those wondering what Danielle’s comment about Iggy’s finances was all about – the rapper was referencing Iggy’s recent split with her label. On Nov. 3, news broke that Iggy had parted ways with Island Records, just nine months after leaving Def Jam. The “Black Widow” rapper seemed happy with the news though, and took to Twitter to share her excitement. “I’m officially unsigned! Wild you spend so long trying to get IN a record deal… never thought I’d be so elated to be OUT of one, now I’m free to release whatever kinda music I like, whenever I’d like woooo!”

After the back and forth between the two rappers, Danielle herself issued a statement to press. “I seen her talking this and that on Instagram so when I saw her it was on. She throws shade, I throw drinks,” she said. “I was in my section wit my team, a few producers, and some friends, I seen Iggy walk up. Someone from her team had told me earlier she wanted to meet me and was acting fake as s**t, I don’t play that. That pissed me off, so it is what it is. She can stay in 2014,” Danielle added. “I’m sorry to Fashion Nova cuz this was at their event, but honestly i don’t know why Iggy was there in the first place. She washed up as hell,” the rapper concluded.

It looks like Iggy is taking the high road in this one. “Now y’all saw the video I’m sure you understand why I spent the rest of the night laughing and unbothered by that foolishness.enjoying myself,” her most recent Tweet regarding the feud read.