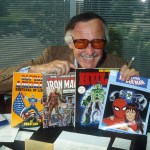 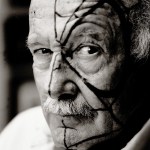 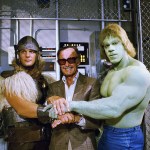 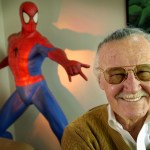 Uh-oh. The Lone Ranger made Negan mad. After Armie Hammer blasted celebs for flexing while paying tribute to Stan Lee, Jeffrey Dean Morgan clapped back by calling him a real ‘a**hat!’

In another case of “Nerd MadLibs Gone Wrong,” Jeffrey Dean Morgan, 52, had words for Armie Hammer, 32, after the Lone Ranger star criticized all the celebrity tributes to Stan Lee. The 95-year-old Marvel icon passed away on Nov. 12, which prompted many actors to mourn by sharing their personal experiences with the comics icon. While many saw this as a heartfelt way to say good-bye, Armie thought these efforts were self-aggrandizing. “So touched by all the celebrities posting pictures of themselves with Stan Lee…no better way to commemorate an absolute legend than putting up a picture of yourself,” he tweeted. Well, before you could say “nerd backlash,” in came Negan.

“Looks like you found a way to use others’ ways of mourning and their memories to draw some attention to yourself,” the Walking Dead star tweeted to Armie shortly after that first tweet. “You sound like a real a**hat.” Before Jeffrey Dean Morgan felt a need to introduce the Call Me By Your Name star to Lucille, both tweets have been deleted. It appears Armie realized that there are moments when he just doesn’t have to say anything.

“Maybe they’re just remembering how it felt to meet him with those photos. That’s how I would feel. I never got the chance,” Twitter user @Maddarilke tweeted to Armie in response to his now-deleted shade. “If Stan impacted your life (ie. All of our lives) with his work, post his work that touched you the most. Posting a selfie makes his death about you and how cool you felt taking a picture with him,” Armie said. When another fan said that the celebs sharing pictures of them with Stan was because “they…worked with him,” he responded with “Me…too?” Armie did work with Stan, lending his voice to the 2014 animated film Stan Lee’s Mighty 7: Beginnings. Armie played the character Strong Arm, a hero with superhuman strength.

“If your answer [to someone dying] is ‘post a selfie’ then I think we need a cultural revamp across the board,” Armie added. He actually approved of Mark Ruffalo’s tribute to Stan, which saw the Avengers actor share a photo of Stan standing next to The Hulk (the character Mark plays.) “This was an example that stood out,” Armie said,” and made me think his post was actually about Stan.”

What’s really funny about Jeffrey Dean Morgan caping for these Stan Lee tributes is that he’s never acted in a Marvel movie. While The Walking Dead comic is published by Image, Jeffrey Dean Morgan has appeared in a handful of movies based off DC Comics properties. He was The Comedian in 2009’s Watchmen, Clay in 2010’s The Losers (based off the comic published by DC’s Vertigo line), Thomas Wayne in 2016’s Batman V. Superman and had an uncredited role in 2010’s Jonah Hex.