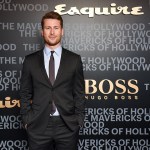 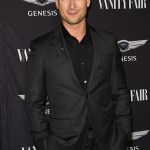 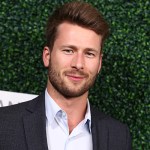 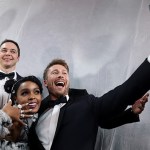 ‘Set It Up’ star Glen Powell has reportedly been dating ‘Extra’ host Renee Bargh for a while. Find out more info on the new couple right here!

Set It Up star Glen Powell, 30, has a new girlfriend but the relationship isn’t as new as one might think! The actor has been dating Extra host Renee Bargh, 32, “for six months”, according to sources at Us Weekly. “Renee has been staying at Glen’s place.” The new couple spent time together at Glen’s recent ’80’s-themed birthday party on Nov. 9 and were joined by several other celebs, including Glen’s ex Nina Dobrev, John Stamos, Lori Loughlin, Chord Overstreet, and more.

In addition to taking joy in spending time with his new lady love, Glen seemed to be taking joy in starting his 30s. “They say that your thirties are the best years of your life, but I don’t remember them so far,” he amusingly wrote on Instagram on Nov. 10. “Thanks @casamigos… I started it all in the eighties and you sent me back there last night.” Nina also gave a shout-out to Glen after the festivities, proving that there as close as can be despite their romantic past, which lasted from Jan. 2017 until Nov. 2017. “Glen hit 30 before me and this is how I feel about it #HBDGP,” she captioned an Instagram photo showing her dancing with her hands in the air.

Since Nina and Glen are such great friends after being a couple, it seems Glen likes to keep any drama out of relationships, which is good for his new romance with Renee! As two people known for being in the spotlight, it’s surprising to know they kept their love under wraps for six months, but now that the news is out, we can’t wait to see where these new lovebirds go from here!