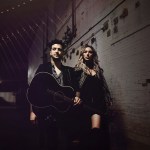 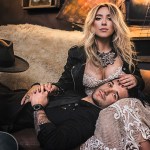 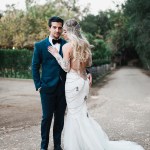 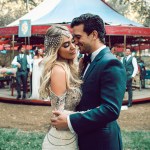 Elvis Duran’s Artist of the Month, Alexander Jean, opened up to HollywoodLife about their intense & stunning new single, ‘Waiting For You!’

Mark Ballas and BC Jean have been making music almost their whole relationship. Now, almost two years into their marriage, the couple has released one of their deepest songs yet as Alexander Jean, called “Waiting For You.” “We lived parallel lives until we collided,” BC explained in an EXCLUSIVE interview with HollywoodLife. “We both went through crappy relationships and heartbreaks. I think when we met each other, we started off as friends, even though Mark wanted to date, but we really became good friends. I think we needed to learn to trust in a relationship again.”

“Waiting For You” includes BC and Mark going back and forth about their mistakes and mishaps in relationships they endured, before they found each other. “Her verse, and my verses are kind of like conversations we had at dinner when getting to know each other, and the whole thing we went through before meeting each other. The punch line this whole time, through all that, was I was just waiting for you,” Mark added. “And it’s cool because the music slams, and it’s upbeat and funky, but if you were to just take that all away, and read the lyrics, they’re pretty heavy.”

BC continued, “I think the whole point is, giving reason to all the crap you’ve been through, to leading to where we are today.” The two definitely seem to have the best relationship, ever, especially after witnessing an intimate, sold-out Alexander Jean performance at Rockwood Music Hall in NYC. With Mark fresh off of the Kinky Boots broadway stage, guitar in-hand, and BC with her mic decorated in printed scarves and her Britney Spears-like abs on display, the talented couple combined their songs with Top 40 hits, like their own take on “Shape of You” mixed with “These Hoes Ain’t Loyal.” Plus, they surprised the crowd with Lindsay Stirling, who joined them to perform their song “Stampede.”

Shortly after their performance, it was revealed that Alexander Jean was chosen as Elvis Duran‘s Artist Of The Month, and they will be performing tomorrow, Tuesday, Nov. 13th on Today with Kathie Lee & Hoda! So, be sure to tune in!