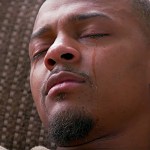 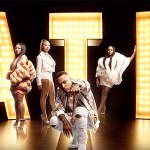 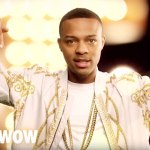 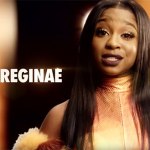 MC Lyte gives Lil Mama some tough love in this EXCLUSIVE preview of the all-new episode of ‘Growing Up Hip Hop: Atlanta.’ Lil Mama doesn’t understand why she has to keep talking about THAT JAY-Z incident!

MC Lyte and Lil Mama sit down to have a chat in this EXCLUSIVE preview of the Nov. 8 episode of Growing Up Hip Hop: Atlanta. MC Lyte brings up Lil Mama’s recent trip to the studio with Da Brat. “They were kind of confused as to whether you really enjoyed what you were doing,” MC Lyte tells Lil Mama. “You were muting your colors and were being less than who you are just organically. By the time you left the room, it didn’t leave a good energy in there…”

MC Lyte brings up that a question about the JAY-Z incident may have been asked, which could have sparked Lil Mama’s attitude. Like Da Brat with prison, the JAY-Z incident is something Lil Mama is likely going to be asked about forever. Lil Mama infamously crashed JAY-Z and Alicia Keys’s “Empire State of Mind” performance at the 2009 VMAs. JAY-Z later called the interruption “outta line,” and Lil Mama apologized. Lil Mama has tried to put that part of her past behind her for nearly 10 years and move forward.

“I don’t think that it’s fair for me to have to keep answering the same question over and over again,” Lil Mama tells MC Lyte, who replies, “They’re waiting for you to feel remorseful about it.” Lil Mama is more than a little annoyed at what MC Lyte is telling her. “Are you kidding me right now? Sometimes she says things to me and it hurts my feelings. Lyte is definitely tough love.” Growing Up Hip Hop: Atlanta airs Thursdays at 9 p.m. on WE tv.