Just how many Lambo’s does one couple need? In Cardi B and Offset’s case, it’s a lot.  The “Bartier Cardi” rapper is showing off their collection of super expensive luxury whips.

Cardi B and husband Offset have amassed a luxury car collection that even the Kar-Jenners will be jealous of. The mother of one decided to skip all the attention other celebs were paying to the 2018 mid-term election day on Nov. 6 to flaunt her expensive whips on her Instagram stories. Kulture‘s mom revealed she traded out her grey Lamborghini truck that Offset gifted her with on her 26th birthday in October with a brand new model. She showed off the red and black interior and the all black exterior that seem to be more to her tastes.

Cardi then directed the camera’s attention to a brand new orange Lambo that she said Offset just picked up a few weeks ago. She claimed to have scolded him that the last thing they needed was another luxury ride, but had to admit the sports car was awfully sweet and that she wanted one as well.

The 26-year-old then moved on to couple’s matching Lamborghinis in turquoise and green respectively that they purchased as a couple after daughter Kulture was born on July 10. The Aventdors start at $400,000 without customization and the Cardi paid WAY more for hers. The “Bodak Yellow” rapper was initially called out by fans for leasing the car as so many stars are known to do to avoid costly purchases. But Cardi came with receipts, showing on Twitter that she paid a cash deposit of $548,736.97. 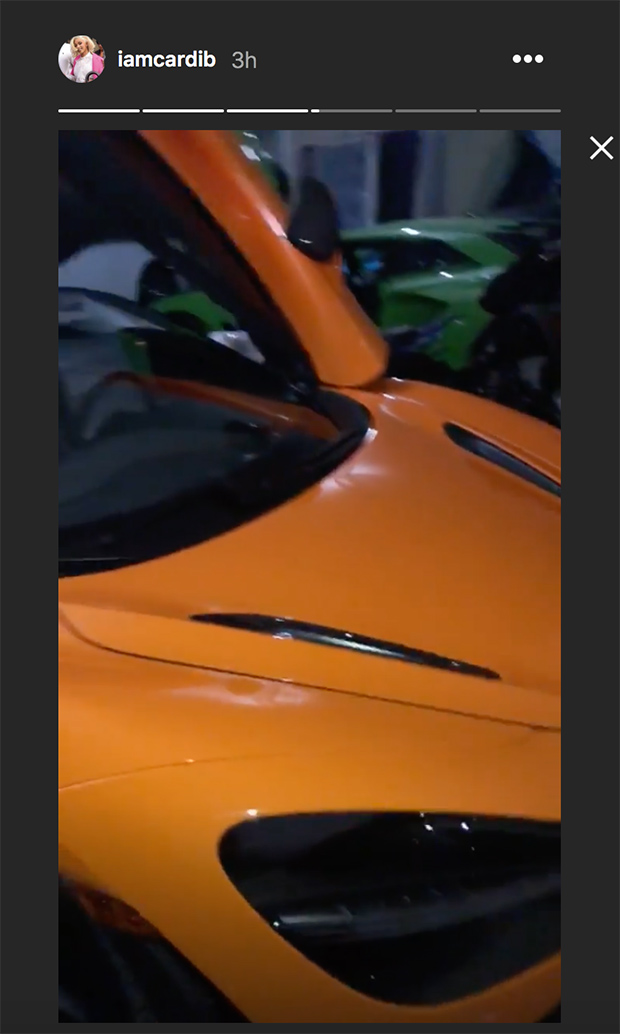 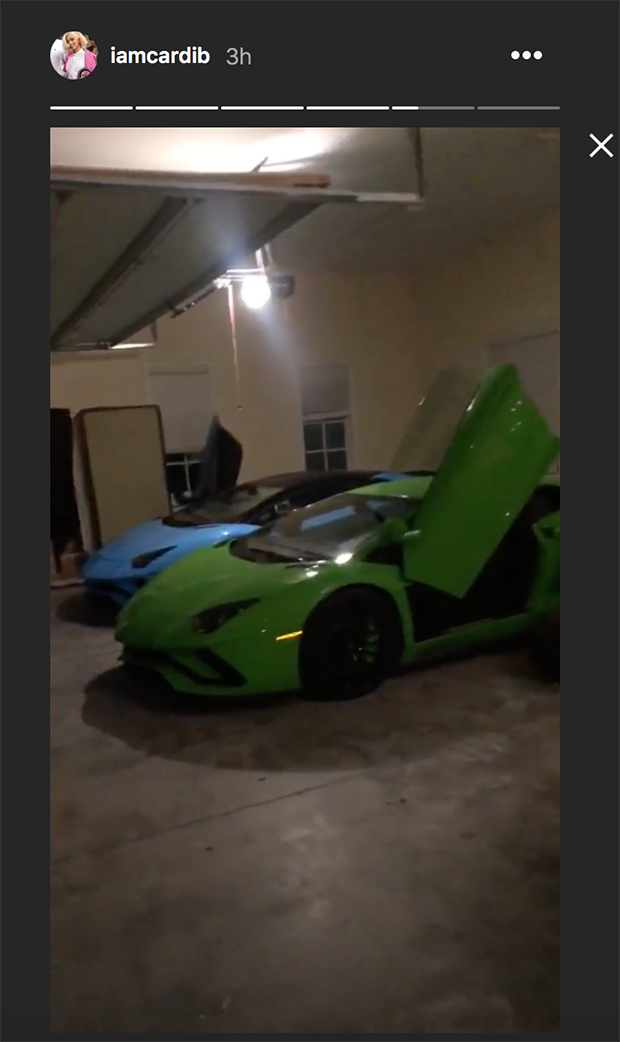 Also in the collection is the white Rolls Royce Wraith that Cardi surprised Offset with for his 26th birthday in Dec. of 2017. “We’ve got a lot of f**king cars” Cardi narrated as she continued on through their collection. She showed the orange Mercedes G Wagon that she dropped $400K on last spring adding, “I don’t even want this truck anymore” before panning around to display a white Bentley. Ahh, it must be nice to have your biggest problem being too many luxury cars to choose from.