Wendy Williams, 54, nailed Halloween with her Queen of Hearts costume! The talk show host looked beautiful in her red, jeweled bustier on her annual Halloween show. She stayed fully committed to her look, donning red hair and a fierce lip to match the theme. Wendy also wore black tights and gloves to top off her look! — See it below!

Wendy opened her Halloween show by acknowledging her fainting episode that happened one year ago. As you may recall, Wendy dressed as the Statue of Liberty for Halloween in 2017. However, her costume debut went terribly wrong when she collapsed on stage. Wendy fainted on stage during her live show and her crew quickly cut to commercial.

Wendy later revealed that she began to overheat in her heavy Lady Liberty costume. When she took the podium to kick off the “How You Doin” Halloween Costume Contest, it was evident that she didn’t appear to be feeling well. But, after the unexpected commercial break, Wendy returned to the stage and powered through the rest of her show. 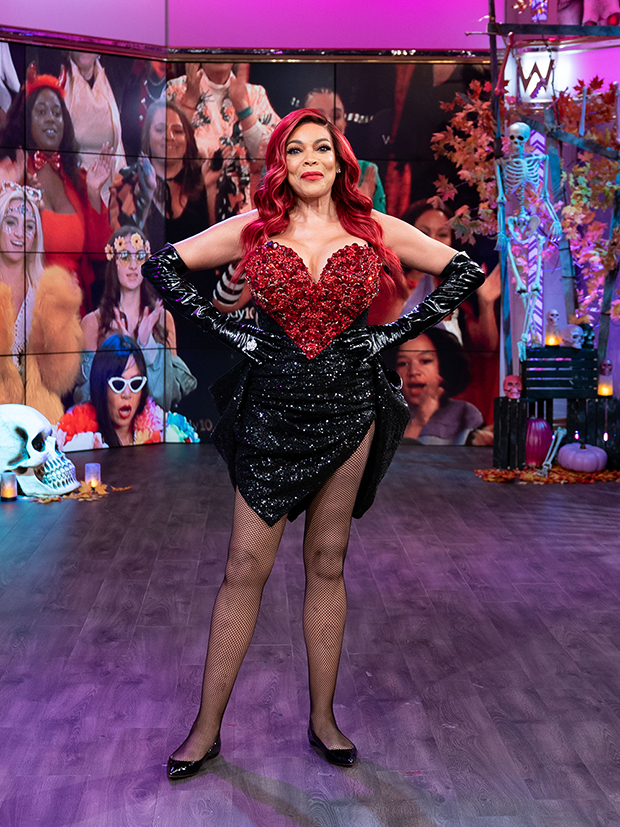 Wendy Williams dresses as the Queen of Heart for her annual Halloween show on October 31, 2018.

But, her health became a bigger concern after a visit from the paramedics. After the fall, Wendy became a hot topic in the news when she was forced to take a hiatus from her show to rest. She said doctors discovered that she was low on electrolytes, but her blood pressure and heart rate were fine.

Amidst her health issues at the time, Wendy was forced to address false reports that she stroked out on TV. Other reports even claimed she had a heart attack. But, neither were true.

“I’m a 53-year-old, middle-aged woman going through what middle-aged women go through if you know what I mean,” she explained at the tiem. “The costume got hot. All the sudden right before passing out, I felt like I was in the middle of a campfire.”

She continued: “No, I wasn’t stroking out. And for people who thought that I was, trying to get this purple chair next, nope, I’m here for a long time.”
We’re glad Wendy had a successful and healthy Halloween show this year. And, girl, you looked amazing!
Articles Trending Now