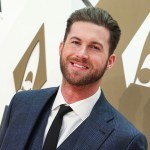 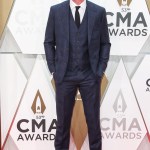 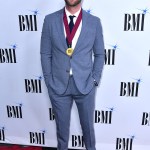 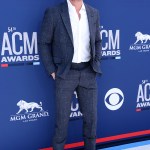 Riley Green’s catchy country hit, ‘There Was This Girl,’ is about well, girls. The singer told us the full back story of the song in an EXCLUSIVE interview!

Riley Green, 30, has experienced the kind of homegrown success most artists can only dream of. The former college football player might not have planned on a career in music, but his catchy tracks, and honest lyrics, draw the kind of impassioned fans that stick around for the long haul. The Alabama native may still be new to the roster of artists signed to Big Machine Records in Nashville, but his hit single, ‘There Was This Girl,’ was written even before he inked a deal! Now, with a major label on his side, and sold out shows on the docket, the sky’s the limit for the rising country star.

The singer took a break from his Outlaws Like Us tour to chat with HollywoodLife about his biggest inspirations (which may surprise you) and his latest song, which has climbed it’s way close to the top of the Billboard country charts.

What was the inspiration behind your latest single, “There Was This Girl?”

So, me and a buddy of mine, a songwriter in Nashville, like how a lot of songwriting session go – we kind of just BS’d for a little while and we started talking about all the dumber things that we’ve done in our lives, and the excuse we kept coming up with was…there was this girl. It sounded like a song, I like conversation titles like that too, you know, a lot of stories start out like that. We started writing the song and i actually didn’t have a record deal at the time, didn’t have a publishing deal,  wrote the song – me and him went and recorded it, and as I started meeting with record labels, that song kept well, everyone really liked that song.
The song ended up making it to the top 25 on country charts! Where were you the first time you either heard it on the radio, or were told that it had hit airwaves?
I was leaving Atlanta. Atlanta was one of the first stations to play it, they told me ‘tune in, as soon as you get done leaving.’ We got in the car, and got on the road, and it was on, which was pretty cool. Of course I’ll get people who send me pictures of it, little videos, but it’s still really exciting.
Tell me about the video, and why you gave it the treatment you did.
I”m not a fan of cheesy, acted-out videos anyway, and Jimmy at Big machine at this idea from a Motley Crue video back in the day, where they let the fans shoot it, that seemed like it was right up my alley. First off, we’ve got a good live show, I’ve got a great band and I’ve been really fortunate that we sell a few thousand tickets in the Southeast, so, doing a live show was a great idea for us, and it was also another win because it gave people a chance to be in the video, and everybody got to see me back towards hometown a little bit – I think it turned out great.
There’s definitely been a sort of fervor that fans have surrounding your music. What do you think it was about the single that they connected to so well?
You know, I’ve got a lot of songs, but this was before even a record label, so, people were streaming my stuff and a lot of it was kind of regional songs about how I grew up and where I grew up, and I don’t know many guys that can’t relate to that song. It’s definitely got a more traditional country sound which that’s just kind of the stuff I like and where my influences were, and it’s one of those things where I’m kind of the hometown guy, and everybody just kind of feels like they had a hand in me having success, and they’re excited about being a part of it.
Your grandfather owned and ran a venue, did he play a hand in your love of music?
It was crazy, it was my great grandparent’s house, and this was his parents and they passed on and we used to go sit on the porch and he had an old Epiphone guitar and he didn’t play at all…but he liked it.
He just liked guitar so much, and I remember he would he would call up two or three old men who’d come out and play and I’d just watch their hands. They started doing it every week, and people started coming to listen, and eventually like 200-300 old people who show up every Friday. I would just sit there and play along.
When did you make the transition from college athlete to professional musician?
About the time my football career ended at Jacksonville State, my music career kind of started. And I was not going to class,because I was staying out an playing in bars, you know. I didn’t think anything was going to come from it, I just knew I’d make a couple hundred bucks and could drink for free.
Are there people you look up to musically now, or looked up to when you were growing up?
Yeah, of course, Merle Haggard, that was my grandaddy’s favorite. I’m a big Jamey Johnson fan, he was from Alabama, and went to Jacksonville state for a little while. There’s a lot of them, but probably more traditional country is what I’m rooted in.
What’s next for Riley Green?
I’m on a tour, it’s called the Outlaws Like Us tour, we’re kind of right in the middle of it, and it’s 40 cities.