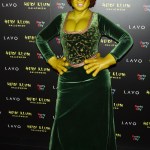 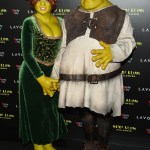 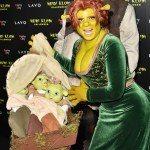 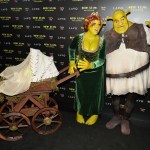 Heidi Klum’s Halloween party is one of the biggest events of the year, and there were SO MANY amazing costumes at this year’s bash! See the best dressed-up celebs.

Every year gets better and better when it comes to Heidi Klum‘s Halloween party! This year, the star of the show, 45, wowed with an insane costume going as Fiona from Disney’s Shrek animated franchise. Not the princess, but the full on ogre.  It was among her best of all time, that’s for sure! “I always start planning in July,” Heidi told us at an AGT taping in August. “It’s gonna be outrageous. Outrageous!” She always lives up to the massive hype of this annual party, held every year on Halloween itself, October 31!  She spent eight hours in the makeup chair to achieve her look that made animated Fiona totally come to life.

But Heidi wasn’t the only star to grace the red carpet. Celebs love to go all out for the bash — in fact, Heidi makes it known that if you’re not in a great costume, you won’t get past the door! Actress Kat Graham was unrecognizable as Jim Carrey‘s title character from The Mask, with the massive green oversized head and banana yellow suit. Model Winnie Harlow made sure everyone could see her face as she wore a sexy red plether bustier and thigh-high matching boots along with a tall blonde wig.

Heidi’s designer pal and frequent Project Runway guest judge Zac Posen came dressed as Willy Wonka, complete with the iconic purple jacket and orange hat. Questlove is DJ’ing the bash and came dressed as a “Love Shark” with a red heart on his costume while just his eyes and nose could be seen from the white underbelly of the undersea creature. Dylan Sprouse and Barbara Palvin got their love of Japanese anime going on, wearing costumes from characters in the video game Dragon Ball Z. The event was sponsored by Party City and SVEDKA Vodka and you can see all of the stars in attendance in our gallery attached above!