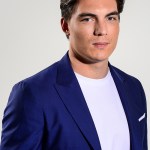 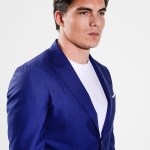 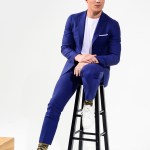 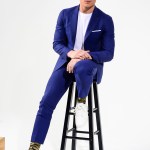 Navy Seals go through years of precise training to be able to do what they do — so how did actor Zane Holtz prepare to play one in ‘Hunter Killer’ in a matter of months?! He told us on the HollywoodLife podcast!

Actors need to understand the ins and outs of their characters to best portray the roles they’re playing, whether it’s a politician, a single mother or a soldier. For Zane Holtz, playing a Navy Seal in the new film Hunter Killer was something he didn’t take lightly, and he wanted to capture the true essence and grit of the hardworking servicemen. “They say that people don’t become Navy Seals, they find it within themselves. So if you have that will to not give up and overcome these obstacles, they train those guys and they are the elite, they are the best of the best. We had to go into the movie with that kinda mind set,” Zane explained in an interview on the HollywoodLife podcast.

In the action film, Zane plays the rookie on his team of Seals named Paul Martinelli. “I’m trying to prove my worth on the team, and you’ll see in the film me kind of failing to do so, and just keep trying be an important part of this team,” Zane revealed. “It’s that fun sort of dynamic between a leader and somebody who’s trying to prove his worth.” To prepare for the role, the film’s director, Donovan Marsh, gave Zane and his co-stars some required reading! “He wanted us all to read Marcus Luttrell’s book Lone Survivor, specifically because he talks at-length about what it takes to even become a Navy Seal, not just the job itself,” Zane explained. “[Marsh] really wanted us to see the amount of drive that you need to have just to get the position, especially for me since I’m young and I’ve recently acquired the position. It’s having that sort of that grit and determination to even make it to that place.”

At the premiere of Hunter Killer, which took place on the famous Intrepid Sea, Air & Space Museum on the Hudson River in NYC, Michael Trucco and Ryan McPartlin also talked about training to play Seals alongside Zane, and said the experience made them form a bond that would never be broken. “To train, my friends who were former Seals made Michael Trucco’s house into what they call a Kill House. It was basically a way to practice as a team,” Ryan explained in an exclusive interview at the Andrew Saffir-hosted event. “Toby Stephens came up, Zane was out of town, but Toby, Michael and I started working together and by the end of that day, we had a chemistry that we would not have had otherwise. It was unbelievable.” He quickly added, “I also realized really quickly that acting like a Seal is one thing, actually being one is a whole other animal. I respect the hell out of them.” Following the world premiere of the film, Ryan, Michael, Zane and the rest of the guests enjoyed touring a real submarine, checked out the skyline off the Intrepid’s Flight Deck, and sipped Qui tequila cocktails named The Torpedo.