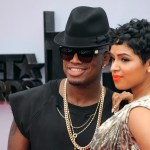 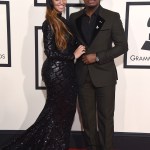 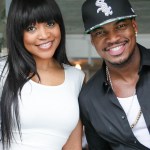 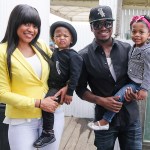 Ne-Yo and his ex-fiancee may have split up, but they’re still parents! Monyetta opened up to HL exclusively about raising their two kids with compromises, joint birthday parties and more. Plus, find out who’s the fun parent!

Monyetta Shaw‘s parents have been married for almost 50 years, so when she and Ne-Yo, 39, split two months before their wedding, she was in unfamiliar territory. But while she wasn’t sure how to go about co-parenting their children at the time, the mother of two is an expert now. Monyetta, who published Keep It Classy: Co-Parenting Strategies for Unstoppable Moms and Devoted Dads in September, opened up to Hollywoodlife.com EXCLUSIVELY about why making it work for seven-year-olds Madilyn and Mason was so important to her. “Even in the thick of things in the breakup, I was not going to keep them away or do it separate because I was mad,” she admitted. “I sucked it up and just did it. I cant imagine taking that away from them because of whatever I’m going through that day or his feelings. It’s not acceptable.”

Since their breakup in 2013, Ne-Yo has gone on to marry Crystal Smith. They have two children together, welcoming their second this summer, which could add complications to the co-parenting dynamic — but Monyetta and her ex stay “mature and get it together.” Such an awesome example to set for their kids! Monyetta and Ne-Yo even have a history of throwing joint birthday parties for their little ones, who are eleven months apart. How cute is that? But this co-parenting journey hasn’t been a walk in the park, and Monyetta’s book details ways to approach any arguments that arise. “Instead of screaming at each other over the phone, send an email and say you think it would be better to communicate via text or over email,” she advised. “Do that with that no caps, of course, because then you’re still yelling.”

Fights aside, parenting comes with smaller moments of compromise! So where do Ne-Yo and Monyetta’s parenting styles differ? “He’s the nice parent, the fun parent,” Monyetta said. “Of course, I’m all those things as well, but I’m big on structure and routine.” So while she likes Madilyn and Mason to be in bed by 7:45 on school nights, that isn’t always the case when they’re with their dad. But the exes have these conversations and work for consistency with their kids — and the happiness of their little ones is worth all of their hard work!

Pause to reflect on who you want your children to see when they’re watching you. Will it be the two most important people in their lives behaving civilly toward each other, or strangers at war? The choice is yours to make. —Monyetta Shaw #keepitclassybook Co-Parenting Strategies for Unstoppable Moms and Devoted Dads 📚 SEPTEMBER 28th 📚 #theevangracegroup #whittleyagency #MonyettaShaw 📸 @dewaynerogers

And Ne-Yo feels the same. “I know that the love we have for our children will always push us to overcome anything that would get in the way of their happiness,” he said in the forward for his ex’s book. “This understanding strengthened the relationship we have with our kids, sped up the healing process and allowed me and Mo to be friends again.”

So inspiring! It’s amazing to see couples in the spotlight handling their splits with grace — and these two aren’t the only ones! Josh Duhamel, 45, and Fergie, 43, also co-parent, as well as Jennifer Garner, 46, and Ben Affleck, 46. They’ve all got some seriously lucky kids!