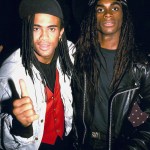 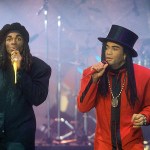 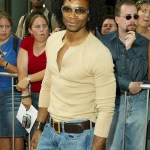 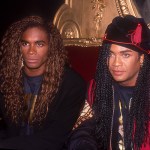 Nicki Minaj and Future dropped a new song ‘Transformer’ on Oct. 19, and Nicki name-drops Milli Vanilli to diss other female rappers. So, who is Milli Vanilli? Here’s are key facts about the R&B duo.

In Future’s latest track “Transformer,” which was released on Oct. 19, Nicki Minaj, 35, throws shade at female rappers using a Milli Vanilli reference: “Four-four four albums in, pull a milli’ for a show / While these b*tches is servin’ Milli Vanilli on the low.” You might be asking, who is Milli Vanilli? Well, Milli Vanilli is actually a duo! We’ve rounded up 5 things you need to know about the R&B singers who were involved in a shocking scandal back in the day.

1. Milli Vanilli was a German R&B duo that shot to fame in the late 80s. The group consisted of Fab Morvan and Rob Pilatus, who hailed from Germany. They released their debut album, All or Nothing, in Europe in 1988. Milli Vanilli soon found success in the United States and earned the Grammy Award for Best New Artist in 1990.

2. The duo was involved in a shocking lip-syncing scandal. During Milli Vanilli’s live performance of “Girl You Know It’s True” on MTV in 1989, the recording started to skip and repeated the same line. Fab and Rob continued to perform, but it was clear that lip-syncing was involved. German producer and songwriter Frank Farian later confessed that Fab and Rob did not sing Milli Vanilli’s songs, causing a huge uproar. The songs were actually performed by Jodie Rocco, Linda Rocco, John Davis, and Brad Howell. Milli Vanilli was later stripped of its Grammy.

5. One of the members sadly passed away. After the lip-syncing scandal, Rob went down a dark path. He served three months in prison in 1996 for assault, vandalism, and attempted robbery. He also spent six months in rehab after developing a substance abuse problem. Right before he was supposed to go on a promotional tour for a new Milli Vanilli album, Rob was found dead in Frankfurt, Germany. He died at the young age of 32 on April 2, 1998. Rob passed away of a suspected alcohol and drug overdose.