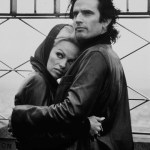 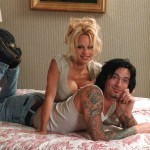 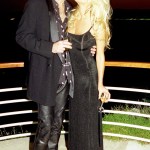 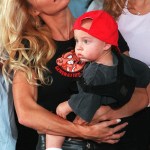 Is the drama between Tommy Lee and his son, Brandon Lee, headed for prime time? Tommy and Pamela Anderson’s baby boy is officially joining his friend, Brody Jenner, on ‘The Hills’ reboot!

While the drama between Brandon Lee, 21, and his father, Tommy Lee, 56, has died down, it could be resurrected when the cameras start rolling. After all, there’s nothing like a little bit of “father/son beef” to add a bit of flavor to a reality television series, and it appears Brandon’s the next big name to sign on The Hills reboot. Brandon has finalized his deal to join The Hills: New Beginnings, an insider first told Page Six. “The show is very Brody Jenner centric,” the source says, “The cast is circling around him and his friends.” MTV has since confirmed that news.

Brody, 32, and Brandon both reside in Malibu, so it seems fitting he would join the Hills OG for the reboot. Micha Barton is also joining the show, joining Heidi and Spencer Pratt, Audrina Patridge, Whitney Port, Stephanie Pratt, Jason Wahler, Justin Bobby and Frankie Delgado. With the show focusing on the cast members’ personal lives and careers, it’ll be interesting to see if Brandon and Tommy’s feud will make an appearance.

Brandon and Tommy make headlines in March 2018, after the Motley Crue drummer accused his son of punching him in the face during a heated altercation at Tommy’s Calabasas home. “My fiancé and I were in bed when my son busted into the room and assaulted me,” he tweeted. “I asked him to leave the house and he knocked me unconscious.” The confrontation supposedly stemmed from a tweet Tommy sent out about Brandon’s mother, Pamela Anderson, 51. Tommy criticized Pamela for bringing up his 1998 arrest for spousal batter during a talk with Piers Morgan, saying she needs to “find(s) something new to discuss instead of rehashing old s–t but I guess she has nothing else going on & needs attention… Signed, ‘The abuser’ (who she texts everyday & asks for me back).”

From there, the dirty laundry was aired out, as Brandon called his father an alcoholic, while Tommy said Brandon was a “spoiled brat.” Brandon actually shared a video of his father after the alleged knockout punch, right before Tommy claimed he spent “$130,000” on “rehab for son.” Yikes. While it seems these two have quieted down, their bad blood might get reinvigorated when Brandon’s on The Hills. Here’s hoping they have it all worked out by the time the show hits the air.