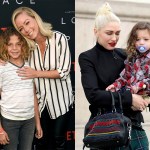 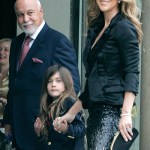 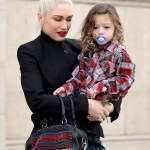 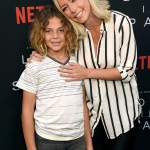 Mom shaming is all the rage these days — and lately trolls are going after long-haired little boys in Hollywood! But sporting shoulder-length locks, and getting bashed for it, is nothing new. See for yourself!

No haircut? No problem! So many star’s sons have decided to grow their hair out over the years, and as awesome as they look, their moms and dads continue to get bashed for it. The latest to be under fire is Teen Mom star Kailyn Lowry, 26. When a Twitter troll old her that her son Lux, 1, “looks like a girl,” she responded with the most epic clapback. “I don’t tell people to tape your mouth shut cause you’re ignorant,” she said. “Don’t tell me what to do with my children.” Ouch! We don’t blame her for saying something sassy back because who are random Twitter users to judge how long she keeps her son’s cute curls? She’s far from the only celebrity mom to do this, and each and every one has had to deal with negative commentary.

Take Megan Fox, 32, for example. When she posted a sweet beach pic of her sons Bodhi and Noah wearing wetsuits and cheesing for the camera, so much hate filled her Insta feed. “Megan Fox is mentally ill,” one user wrote. “She forces her sons to look and behave like girls. What an awful mother! You shouldn’t be allowed to have kids. You need therapy.” It’s a good thing a lot of people defended the actress and chose to show their support. The mother of three has previously opened up about raising her kids in a gender-neutral environment. From wearing their hair long to trying on princess dresses, Megan’s little ones are allowed to express themselves however they want to.

While these negative responses are all recent, baby boys have been under fire for their hairstyles for many years. Who could forget when Gwen Stefani and Kate Hudson‘s sons chose to rock long locks back in the day? With Reign Disick, Silas Timberlake and Knox Jolie-Pitt joining the long list, it’s about time people let these littles ones live their lives in peace!