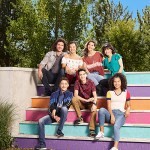 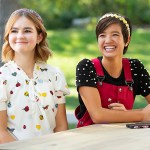 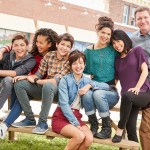 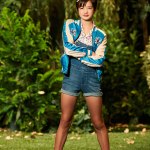 ‘Andi Mack’ is back for season 3! HL spoke EXCLUSIVELY with the cast about what to expect in season 3. Some relationships ‘grow’ and some ‘fall apart,’ but the characters will find out ‘what really matters.’

Andi Mack returns for season 3 on Oct. 8 at 8 p.m. on Disney Channel. HollywoodLife sat down with cast members Peyton Elizabeth Lee, Asher Angel, Joshua Rush, and Sofia Wylie to talk all about the new season. Joshua, who plays Cyrus, teased: “I think season 1 was a lot about Andi and her figuring out her family dynamic. Season 2 is kind of all about the friendships and this family and finding out the dynamics of that. Season 3 we see some of those relationships fall apart. We see some of them build. We see some of them grow, and we see them fall apart, too. So there’s a lot of drama. As Sofia Wylie likes to say, there’s tea.”

But what about Andi and Jonah? Peyton talked about where their relationship stands as summer comes to an end. “I think Andi and Jonah have always had this interesting dynamic because they’re constantly walking this line between this are they friends or are they more? And I think neither one of them wants to ruin what they already have,” Peyton said.

There’s a moment in the trailer where it appears that Walker has arrived at The Spoon Diner to see Buffy, not Andi. So, is Buffy getting a love interest this season? “I know everybody is going to be able to see background on what that truly is and what it turns out to be,” Sofia teased.