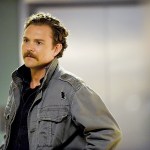 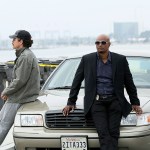 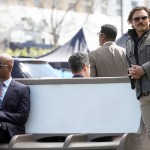 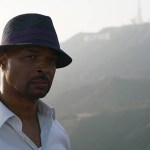 First, they fired Riggs. Now, Murtaugh has quit. With Damon Wayans leaving ‘Lethal Weapon,’ we’ve EXCLUSIVELY learned that the show’s cast and crew are ‘pissed’ that they might now be out of a job!

The joke everyone made after Damon Wayans, 58,announced he will leave Lethal Weapon after 13 episodes of the show’s third season was he’s “getting too old for this sh*t.” (Shout out to Danny Glover, yo.) While fans were cracking jokes about Damon’s sudden departure, the show’s cast and crew were not laughing. No, they’re “shocked, sad, mad and pissed at Damon’s announcement,” a source close to the set EXCLUSIVELY tells HollywoodLife.com, “because it might have a drastic effect on their jobs as well.”

“With his potential exit, no one has any clue if they will replace him or if the show will get cancelled,” the insider tells HollywoodLife.com. “Lots of the people from the crew need this job and they are all freaking out that they might have to start looking for new employment soon, which is never a fun experience. Everyone works so hard to make the show work, so to have one of the main actors call it quits — especially out of nowhere and after the drama with Clayne Crawford — is really upsetting.” When asked by Hollywood Life, both Fox and WBTV had no comment on this story.

Also, that “drama,” for those who forgot, was how Clayne (the actor portraying Martin Riggs, the role originated by Mel Gibson in the films) was fired in May 2018 over allegations of inappropriate on-set behavior. Seann William Scott, 42, was cast as Damon’s new co-star, portraying Wesley Cole opposite Damon’s Roger Murtaugh. The revamped series has shown some solid ratings, according to Deadline, so Damon’s announcement that he was leaving for his health and his family, from a business standpoint, is a huge punch in the gut for FOX. Not to mention, it puts the cast and crew’s employment in jeopardy.

Damon is technically contracted for six seasons, and he could be asked to honor that obligation. Or, he could be replaced. Either way, the future for Lethal Weapon is up in the air. “There is a lot of uneasiness and unknown right that many hope to get corrected soon,” the source tells HollywoodLife.com. “But one thing is for sure there is going to be a lot of weird days ahead on set since no one has any clue what is next. Its a dilemma that many are having a hard time with.”