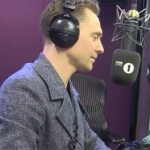 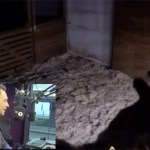 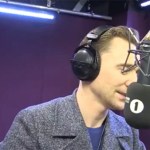 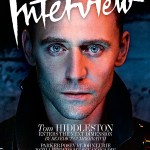 It took us a second to put a finger on which celeb hunk this was, but Tom can’t fool us — even with a beard! The woman he’s with, on the other hand? She’s still a mystery!

Loki is looking a lot different! Tom Hiddleston, 37, who plays the Marvel movie villain, just ditched his signature clean-shaven look for a full beard. The actor was spotted out and about with more hair than we’re used to on his face and his head. From his mustache and goatee situation to his wild curls, Tom looked unrecognizable as he carried a coffee in London. We couldn’t help but wonder which movie he was changing his look around for, but there’s a bigger question at hand! Who’s the mystery woman he was walking with? CLICK HERE FOR PICS OF TOM’S NEW HAIR — AND HIS FEMALE FRIEND!

Tom wore all black from his peacoat down to his tee shirt, jeans and shoes, but his friend was a bit more colorful as she walked beside him walking her dog. The stunning brunette sported a red top under a black denim jacket, along with capri leggings and sneakers. The two made a casual pair, simply walking and talking without any signs of PDA, so it’s possible they’re just friends. In fact, he only touched the pup in the pictures! But considering Tom hasn’t publicly dated anybody since his breakup with Taylor Swift, 28, back in 2016, this is still exciting stuff.

Since that split, Tom has been mum’s the word when it comes to his romantic relationships. In addition to not having any social media accounts, the actor also rarely speaks about his personal life in interviews. So unless these two are seen again holding hands instead of leashes and coffee cups, it’s safe to say the mystery woman the actor went on a walk with will remain a mystery. Sigh…