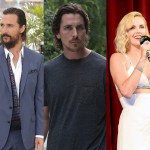 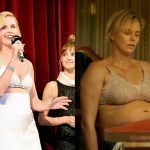 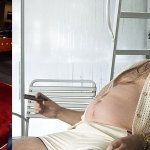 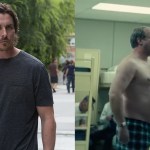 Some stars will do anything for the craft of acting, including gaining serious weight to fit in to a particular role. We’ve got Charlize Theron, Christian Bale and more who packed on over 50 pounds to in the name of art.

There are far lengths that some actors and actresses will go to make sure they perfectly nail a role. That includes gaining huge amounts of weight to realistically play a part. Stunning Charlize Theron gained 50 pounds to play overwhelmed mother of three — including an infant — in 2018’s Tully. The 43-year-old revealed that the weight gain ended up giving her serious depression “I just I wanted to feel what this woman felt, and I think that was a way for me to get closer to her and get into that mindset,” she told Entertainment Tonight of gaining all of that extra weight to play a new mom. “You know, it was a huge surprise to me. I got hit in the face pretty hard with depression. Yeah, for the first time in my life I was eating so much processed foods and I drank way too much sugar. I was not that fun to be around on this film.”

Christian Bale has been known to go to severe extremes in both gaining and losing weight so that he can disappear into roles. When the trailer dropped for Vice on Oct. 3, the 44-year-old was unrecognizable playing former Vice President Dick Cheney. He put on nearly 50 pounds and showed off a huge gut in one scene for the trailer. The Oscar winner is infamous for his ability to change his body for a part. He put on nearly 100 pounds of muscle to play Batman in The Dark Knight, and gained 40 pounds for his role in 2013’s American Hustle.

Jared Leto, 46, is another actor willing to go to extremes for a role. He packed on 67 pounds to play John Lennon‘s assassin Mark David Chapman in 2007’s Chapter 27. He did it through microwaving pints of ice cream mixed with olive oil and soy sauce to maximize caloric intake. While that film garnered little attention for his body changing efforts, he dropped between 30-40 pounds from his already trim frame to plan HIV positive transwoman Rayon in 2013’s Dallas Buyers Club and won a Best Supporting Actor Oscar for his performance.

Hottie Ryan Gosling put on 67 pounds to play the lead in the screen adaptation of the bestselling novel The Lovely Bones  in 2007 and got fired as a result! The 37-year-old envisioned the character of grieving dad Jack Solomon as someone around 210 pounds and he drank melted pints of Haagen Dazs to pack on the weight. Director Peter Jackson disagreed with Ryan’s vision of the heavy character and fired him, and he was subsequently replaced by Mark Wahlberg.You can see more stars with their before and after 50 pound weight gains for films by clicking here.