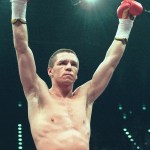 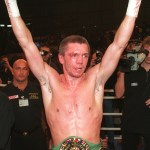 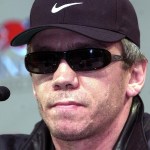 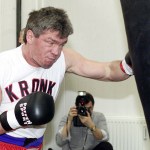 The world of boxing has lost one of its legends, as Graciano Rocchigiani has died after reportedly being struck by a car in Italy. As the sports world mourns the loss of ‘Rocky,’ here are the details about him.

German boxing legend Graciano Rocchigiani, 54, passed away on Oct. 2, according to The Sun. While the exact details about Graciano’s death are still being uncovered, reports say he was “traveling as a pedestrian” in Italy and was hit by a car as he was walking along. He was in the country to visit his girlfriend, with whom he had two children. Nicknamed “Rocky,” the boxer was a WBC and IBF champion before walking away in 2003. As the authorities investigate as to what happened, here’s what we know so far.

1. His death left fans and friends “speechless.” Rocky’s sudden death by this freak accident left German boxing promoter Kalle Sauerland, 41, shocked. “I’m speechless,” he told BILD. “He was our first World Champion. I grew up with him, so to speak. He was a wild guy with a big heart.”

2. He also had a daughter in Germany. In addition to the two children he reportedly had with his Italian girlfriend, he had a daughter named Andrea back in Germany. Berlin police have relayed this information to her as well as to his parents.

3. Rocky was a two-weight world champion with an impressive record. Born in West Germany in 1963, Graciano turned professional in 1983. He won the IBF super-middleweight championship in 1988 by knocking out American Vincent Boulware. He would remain unbeaten until he faced Chris Ubank in 1994 for the WBO super-middleweight title. Following that, Rocky moved up to light-heavyweight. After suffering a trio of losses, he captured the WBC light-heavyweight belt by out-boxing Michael Nunn in 1998. He retired in 2003, with a record of 41-6-1 (with 19 of his wins coming by knockout.t)

4. His older brother was also a boxer. Ralf Rocchigiani, 55, Rocky’s older brother, also was a boxer. Ralf won the WBO Cruiserweight championship in 1995, and retired from boxing four years later. He was worked as a trainer for his brother up until Rocky’s retirement.

5. Rocky pretty much knocked out the WBC. In 1998, Roy Jones Jr. relinquished his WBC light heavyweight title. The WBC set up the bout between Rocky and Michael Nunn. After Rocky won, Roy Jones changed his mind and asked the WBC to reinstate him as champion – and they did! They stripped Rocky of the title, and he subsequently sued the WBC. In May 2003, he won the lawsuit and the judge awarded him $31 million. The following day, the WBC sought protection by filing Chapter 11 bankruptcy, per ESPN. Over the following 13 months, the WBC tried to negotiate a six-figure settlement with Rocky, and he ultimately reached an agreement in July 2004.