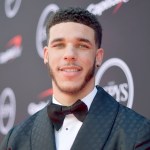 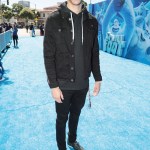 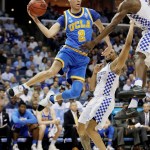 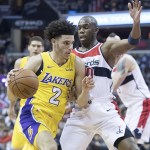 Finally! This NBA player welcomed his daughter in July, and we’ve been waiting for a look at her little face ever since. Lonzo is finally showing Zoey off and she’s adorable — take a look!

Lonzo Ball, 20, and his girlfriend Denise Garcia, 22, have been a family of three since July — but it finally feels official! That’s because the couple’s daughter Zoey was featured on the latest episode of their show Ball in the Family. But for anyone who didn’t tune in, Lonzo had them covered! The Lakers player posted a series of photos and videos of his baby girl to social media. “For everyone who missed her in the new episode,” he said. How thoughtful is that? The first pic of Zoey was too cute for words. She was bundled up in a towel, the camera zoomed in close to her face.

While it’s still impossible to tell whether she looks more like Lonzo or Denise, one thing’s for sure. She’s adorable! Zoey had on a pink onesie in the next picture, plus a giant white bow on her head. Aw! But if you thought the pictures of the basketball player’s daughter were cute, the videos were on another level. She slept on Lonzo’s chest while he listened to music in the first one, then practiced sticking her tongue out in the second. Now that we’ve finally seen her, we just cannot get enough!

So it’s a good thing Denise shared a sweet shot of her own. “She puts the color inside my world,” the new mom said. 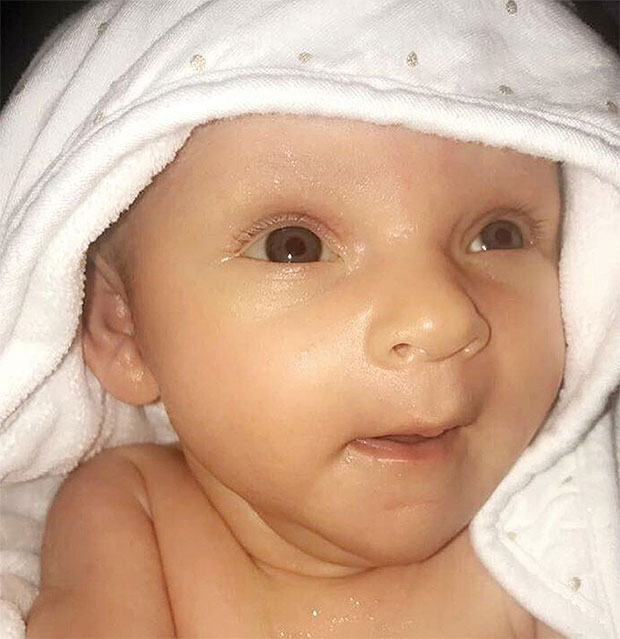 Can we put in a request for Zoey’s next Insta appearance? We’d love to see the little one rocking purple and yellow for her dad’s team. How cute would that be?