UPDATE: Eddie Murphy has since confirmed the rumors that he and Paige are engaged, a rep confirmed to Us Weekly!

ORIGINAL: Wow, what a ring! Eddie Murphy, 57, and Paige Butcher, 39, have been dating since 2012 — and it looks like the comedian and his girlfriend are taking their relationship to the next level. That’s because she was wearing quite the sparkler on her ring finger when she went out to run errands. And the fact that she was wearing a black tank and black jeans? The monochrome ‘fit only emphasized the shiny statement on her hand. After getting a quick glimpse of it, we’re dying for a closer look.

But a giant ring wasn’t the only thing Paige was flaunting. Her baby bump was also on full display, thanks to her tight tank. She hasn’t been shy about showing it off, stepping out in a white maxi dress on another Starbucks run in August, and then sporting a tight peach dress shortly after. It’s been a whole month since Paige and Eddy announced that they were expecting a child together, and she’s already looking big! Their little one will be Eddie’s tenth, although it won’t be their first time raising a kid together. Their daughter Izzy Oona, is two and too cute! We know they’ve got great genes, and we can’t wait for them to tackle parenthood again.

Back in 2016, they shared a photo of their baby girl with the rest of her blended family, and it couldn’t have been cuter. Eddie has raved about all of them in the past, admitting, “None of my kids are like me, and I’m sure parents say this all of the time, they are all totally different from each other. None of them are chips off the old block. They all have their own thing. They’re good kids.” 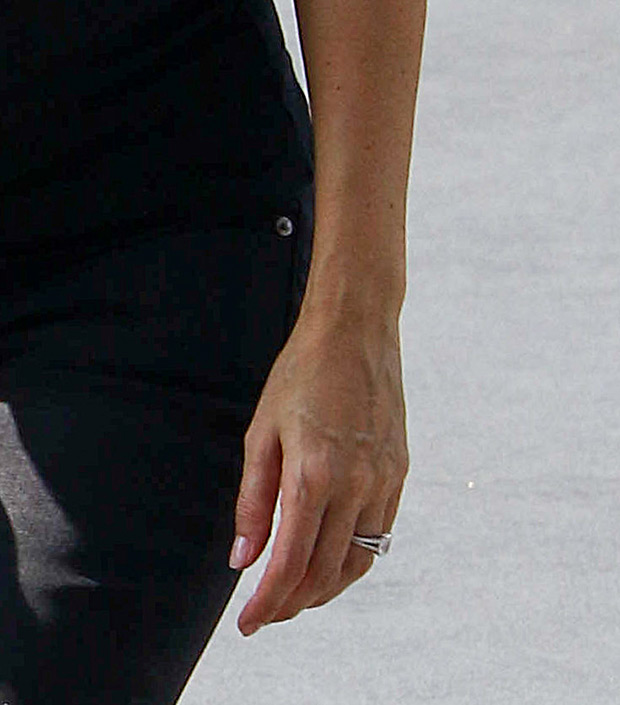 And now he’s headed for double digits! Hopefully that means an updated family photo is coming our way soon. Maybe at Eddie and Paige’s wedding? We’ve got our fingers crossed!