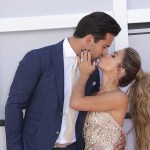 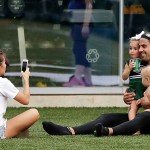 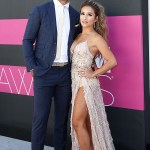 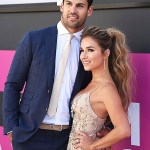 Eric Decker just clapped back at a Twitter user who insinuated that he’s been hitting up clubs with ‘girls who are not Jessie [James Decker].’ See his epic shutdown of the ridiculous rumor!

Don’t come for Eric Decker unless you’re prepared for him to clap right back! A Twitter user learned this lesson on Sept. 26 when they spread a rumor that the former NFL star, 31, cheated on Jessie James Decker. “I know people who are friends of the girls he’s hooked up with/have seen him in the clubs with girls who are not Jessie,” the tweeter wrote in a since-deleted message, according to Us Weekly.

Eric saw the tweet and hit that reply button to hilariously defend his honor. “Sorry lady the only club I’ve been jammin is The Mickey Mouse Club House! (That’s a kids tv show for the non parents) Make sure your ‘friends’ check their facts,” he wrote. Tell ’em, Eric! He and Jessie, who have been married since June 2013, have three children together – Vivianne Rose, 4, Eric Jr., 3, and Forrest, 6 months.

The country singer, 30, didn’t weigh in on the Twitter exchange, but she’s previously joked about the consequences Eric would face if he were ever unfaithful to her. “Sometimes I like to send pictures to Eric with little reminders of what would happen if he ever cheated. Hope everyone has a good day,” she captioned an Instagram photo of chopped up sausage next to a knife from Dec. 2016.

Sorry lady the only club I’ve been jammin is The Mickey Mouse Club House! (That’s a kids tv show for the non parents) Make sure your ‘friends’ check their facts 👍🏽 https://t.co/V7qaZ5ESvc

Jessie also opened up about how while her husband has never cheated on her, many women have flirted with him inappropriately. The “Lights Down Low” hitmaker told E! News in June 2017 about a time a married woman sent the New York Jets alum a nude picture. “You just didn’t see it. I checked it. I checked it on your Instagram DM and some woman sent you a naked photo and I looked to go look at her page,” Jessie told him. “She had huge boobs too and she was married with children. I so badly wanted to send this to her husband but I didn’t. I just blocked her for you.”