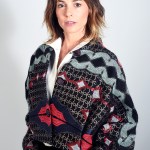 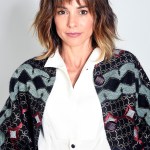 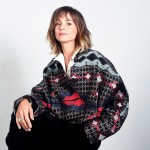 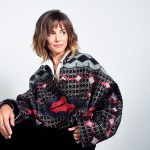 We spoke EXCLUSIVELY with ‘A Million Little Things’ star Stephanie Szostak about what’s ahead for Delilah after the premiere. Plus, she admits Delilah will be experiencing ‘confusion’ about Eddie in the wake of tragedy.

In the opening moments of the A Million Little Things premiere, Jon Dixon takes his own life. His suicide sends his family and friends reeling. Jon seemed totally fine to those closest around him, and everyone is left with so many questions that they may never get answers to. Stephanie Szostak plays Delilah Dixon, Jon’s wife, on the ABC series. She’s absolutely devastated by her husband’s suicide but tries to remain strong for her two young kids. Delilah has one major secret — she’s been having an affair with Jon’s best friend, Eddie.

HollywoodLife sat down EXCLUSIVELY with Stephanie to talk about how Delilah is going to be handling her grief over the course of the season. She admitted that the loss of her husband has irrevocably changed her relationship with Eddie. She noted that Delilah wants to “avoid any further suffering” for her kids, so she’s going to go to great lengths to hide the truth about her affair. Also, don’t judge these characters by what you see on the surface. Stephanie teased, “When you think you know something about them, you realize very quickly that it’s not what you thought.” Check out our full Q&A below.

From the very beginning, we find out your character and Eddie had an affair. Now that she’s a single mother and alone, how is this going to impact her relationships, especially in the wake of Jon’s death?
Stephanie Szostak: What I think is important is Eddie and Delilah… it’s not something they went looking after. They were both lonely in their marriages, and they sort of develop this friendship. This gradual deeper friendship of stay-at-home parents. Then they fell in love. They really fell in love, and that morning, when you watch the pilot, you understand that they decided they were going to tell their spouses, and then Delilah’s husband dies by suicide. She’s faced with so many unanswered questions. There’s not a note, and she doesn’t know if it’s because he knew. She doesn’t know if it’s her fault. She’s dealing with all that aspect of it and her guilt and regret. She’s also, I think, in that moment, everything that was attractive and what she loved about Eddie all of a sudden is sort of rocked and so she’s really confused. Everything that was appealing about him … Jon was the responsible, the provider, the man who planned everything, and Eddie was the polar opposite of that, which attracted her. But I think when she loses her husband, all of these qualities all of a sudden are not — they seem boyish and irresponsible. It’s going to be her going through this confusion and also having to keep forward for her kids. At this point, she will do anything to avoid any further suffering for her kids which means that this affair can not go on. It also means that it’s really hard for her to face the truth and be truthful with her kids. She can’t explain to a child that she thinks maybe she’s part of the reason why her husband did this. It’s very messy. In order for her to avoid further pain, she’s sort of caught up in hiding the truth and is going into lies.

For good reason.
Stephanie Szostak: For good reasons, but then it’s like the rippling effects keep getting bigger and bigger. I’m the polar opposite of that. For me, it was challenging to sort of … As soon as somebody lies, I’m like, “No, it’s better to suffer now than later.” She cannot be truthful. Her kids are her kids. They lost their father, and if any of this comes out she needs to be strong for them. They can’t lose their mom, too.

Will the show explore how, especially within Delilah’s family, how the death itself impacts the kids? When you lose a parent it’s such a blow and changes everything in your life, especially when you’re young. Will we continue to see how they try and cope with not knowing the answers to the questions that they have?
Stephanie Szostak: Yes. I really actually love that you do get into all the characters’ personal lives, and so for Delilah, it’s her with her children. Everybody responds differently to grief, but with suicide survivors there are so many different stages. Sophie, who’s played by Lizzy Green, is angry. It was really good to see that in the scripts because all of us were dealing with, at that point, more pain and not understanding, and she was angry. My character is a little bit lost. She doesn’t have the answers, and I think it also is sort of in that pursuit of her life with her husband. He was the leader, he was the provider, he was the one who decided what kind of life they were leading. She’s not quite sure how to respond.

She’s got so much weight on her shoulders now. She was Jon’s wife. She’s the mother of Jon’s kids. He’s gone and now she’s got this huge secret. That’s a lot of weight to have on your shoulders. Are we going to continue to see how she individually is dealing with it?
Stephanie Szostak: Yes, but also as the episodes progress, you will get more into the other characters’ lives and understand how they’re dealing with that. All the characters are dealing with the guilt, with the not understanding, with the pain. You get to know them and know their struggles, but it’s also all of them facing their own disenchantments and when you have such a tragedy that happens, it forces you to look at yourself and decide if you’re going change or not. That’s really why I love the show because it’s about hope and change and you find them in this tragedy, and it has to change. It’s very dynamic, and also with everybody’s character, when you think you know something about them, you realize very quickly that it’s not what you thought. As the audience, you realize how all of us in our lives sometimes have a tendency to judge, and it reminds you that we never know what the real story is.

Will Delilah be actively trying to find the answers to why Jon felt like he had to take his own life? Is that something that she’ll be trying to find for herself and for her kids?
Stephanie Szostak: It’s not what the show is about, but one of her struggles is not knowing and not understanding how. He was a man that planned everything. How did he not leave even just a note? It just adds to her distress. In the series, you see the Ashley character in the pilot, and you see that she is hiding things.

Delilah has cut off the affair with Eddie. What can you say about where their dynamic goes from here, especially because they’re all in the same group of friends?
Stephanie Szostak: What I’ll say is because they’ve lost Jon, even though there’s disappointments and secrets that have been exposed and betrayal, they all know how much they’re suffering, and so they’re not leaving one another. They’re trying to fake until they make it. It’s really them sticking together despite all the tension.

Were you always going for the role of Delilah?
Stephanie Szostak: I came on really late. I actually read and self-taped at home, and then I got the part on a Sunday and flew out on Monday. We started shooting right there. They said, ‘Please read, consider the role of Delilah. Please use American accent.’ And I thought, ‘I love this script, and I’m not going to do an American accent because I don’t think Delilah needs to be American.’ I just want to make Delilah my Delilah. I guess they liked some of it enough. That was really fun. They also decided to make the character a lot closer to me, so she’s half French, half American like I am.

When you first read the script, what stood out to you about Delilah?
Stephanie Szostak: What stood out first really was the friendship. Really made me think of my friends, and I actually called my friend … We have a big group of friends too, and I said, “Oh my gosh. I have to tell you I’m preparing for this audition and we’re both mothers.”, and I said “What do you tell your kids?” And we just spoke then about what do you tell your kids, and she said, “Oh my gosh.” You have to say we have so many unanswered questions and we’re going to figure it out together. I was like, “Yeah.” Her pain stood out, the love that she shares with all her friends. So the heart, but the humor also really moved me. The combination of the heart and the humor.