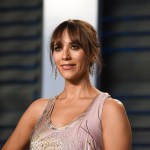 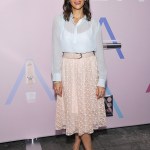 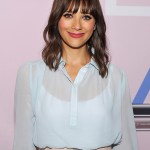 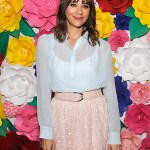 Rashida Jones reportedly gave birth to her first child and her longtime beau, Ezra Koenig is the dad! But, who is he? — Here’s 5 quick facts about him!

Rashida Jones, 42,  and Ezra Koenig, 34, reportedly welcomed their first child together! The Parks and Recreation actress gave birth to baby Isaiah Jones Koenig on Wednesday, August 22, in Los Angeles, according to reports. However, neither star has confirmed the news! In the meantime, here’s five fast facts about Jones’ boyfriend!

1. Ezra Koenig is an American singer, songwriter, screenwriter and radio personality. — He’s an east coast native, having been born in New York City before his parents moved to New Jersey. He began writing music around age 10. Koenig attended Columbia University, where he majored in English literature. Following graduation, he taught English through Teach for America at in Brooklyn, New York. He reportedly brought his guitar with him to class, despite trying to keep his music career a secret. But, in 2007, he struck a deal with XL Recordings, which ended his teaching career.

3. Koenig has his hand in the television biz too! — He is the creator of the Netflix animated comedy series Neo Yokio. And, he’s appeared on an episode of He also hosts the Apple Music radio talk show Time Crisis with Ezra Koenig, which is in its 4th season.

4. He worked production on Beyoncé’s Lemonade and with many more artists. — In fact, his work with Queen Bey earned him a Grammy nomination in 2016. He is credited as a writer and producer on her track, “Hold Up”. In 2017, he made an appearance in Charli XCX‘s music video for “Boys”. In 2018, he was credited as a songwriter and producer on the single “I Promise You” by James Corden, from the film, Peter Rabbit. He’s also worked with Major Lazer.

5. He was first romantically linked to Rashida Jones in January 2017. — The pair were reportedly spotted at the Sundance Film Festival together that year.