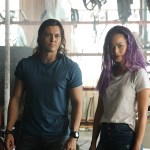 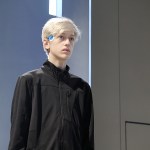 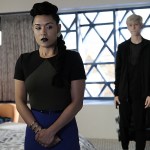 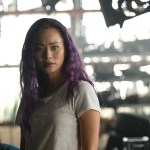 ‘The Gifted’ is going there in season 2. HollywoodLife talked EXCLUSIVELY with star Jamie Chung, who gave us some major scoop about where Blink is headed, as well as her relationship with Thunderbird.

The Gifted premieres Sept. 25 at 8 p.m. on FOX, and the stakes are even higher this season. HollywoodLife spoke EXCLUSIVELY with Jamie Chung, a.k.a. Blink, about the game-changing new season. She admitted that season 2 is “even more jam-packed with a lot of heavy, heavy storyline.” As for Blink, she’ll be tempted by the allure of the Morlocks in season 2.

“In season one, she finds her place with a group of people that she feels like morally aligns with what she believes is right. She finally has a bigger cause to fight for. She was always on the run, scraping to survive. She found her group, the Mutant Underground. She found her place, but now I feel like that’s all kind of in question meeting the Morlocks because now there’s this group that kind of has its sh*t together,” Jamie told HollywoodLife during the Television Critics Association summer press tour in Aug. 2018. “They’re living peacefully in their own society. They’re not bothered by humans. There’s really no politics behind it. It’s strictly that they don’t want to be bothered. They’re happy down here. They live in this quiet, peaceful society. I think she’s quite conflicted because she sees the turmoil within her own group and all the struggles that they have and their failures. There’s so many failures, and she’s super tempted by the idea of not having to deal with all of that.”

Blink and Thunderbird are still very much a thing and “stable” this season, but that doesn’t mean they won’t have their struggles along the way. “I think it’s quite lovely to see quiet and personal moments between the two of them, so you get a sneak peek into that,” Jamie continued. “Aside from everything else being absolute chaos around them with the mission and the Mutant Underground, the one thing that’s really grounding and really stable is their relationship, so it’s kind of nice to have that peace. It adds a different dynamic to the chaos. But again, I think she puts herself in precarious situations where she’s forced to do shady things and I think that really puts a speed bump in their relationship. I think that’s one of the challenges for them this season.”

The Gifted will be welcoming the fierce Grace Byers, a.k.a. Anika from Empire, to the show this season. She’ll play Reeva Payge. Is Reeva a friend or a villain? That’s the big question at the moment. “I think she has good intentions, but I think she’s quite vicious,” Jamie teased. “I don’t think she’s going to let anything stand in her way. I think there’s a reason for that, and it’s explained in episode 7 of why she was kind of forced to become a little hard and rough around the edges and really standing ground in her beliefs and letting nothing stop her. I think that’s a sign of strength.” The Gifted airs Tuesdays at 8 p.m. on FOX.