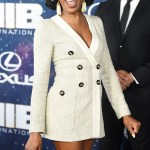 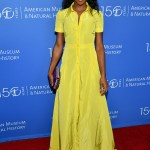 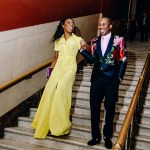 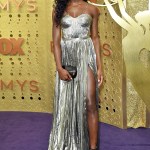 Ego Nwodim has joined the cast of ‘SNL’! Here’s everything you need to know about the actor!

The cast of Saturday Night Live has added another hilarious actor to its ranks. Ego Nwodim is the sketch show’s newest featured player. Find out all of the facts about the sketch comedienne right here!

1. She rose through the ranks over at the Upright Citizens Brigade theater. While at the sketch and improv center’s LA stages, she also performed her one-woman show “Great Black Women … and Then There’s Me.”

2. She’s a graduate of USC. While she’s now known for hilarious acting, she received a degree in biology.

3. In addition to UCB, she’s also small roles in movies and on television as well. Not only did she have a part in 2017’s Singularity, which starred John Cusack, and then the streaming series Galactic War Room. She’s also performed on The Elite Daily Show, and has made an appearance on 2 Broke Girls.

5. She’s making her big SNL debut on Sep. 29. In case you haven’t cleared your schedule yet for the season premiere, you probably should. Not only is Adam Driver hosting, but the one and only Kanye West is the musical guest. Will he bring up his feud with Drake? Time, and not a lot of it, will tell!

We can’t wait to watch her kill it on Saturday Night Live. In the meantime, check out all of Ego’s recent Instagram pics in our gallery above.