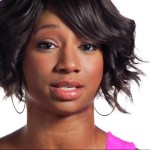 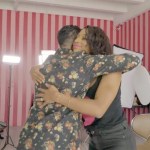 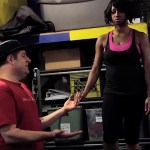 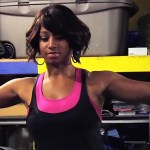 High School Musical star and youth activist Monique Coleman has developed a new TV series called Gimme MO’ that will premiere Oct. 3 at 8 a.m. on Discovery Life. “I believe that today’s youth want more. I believe they deserve more, which I decided to start a movement,” Monique says in the trailer. Gimme MO’ is about empowering a generation of youth.” Monique believes that there’s a desire to change the world within all of us, and she wants to know: what’s your M.O.?

Gimme MO’ represents a decade of research, development, and commitment to young people by Monique. Each episode will focus on a topic affecting young people both in the U.S, and worldwide, including bullying, body image and self esteem, the pressure of fame, health and wellness, youth homelessness, sexual assault and sex trafficking. The show will explore the issues that young people face while offering insight and resources on how viewers can help those affected. Monique highlights exceptional young talent and organizations that are making a difference for today’s youth.

“I truly believe in the power of young people as agents of change in their communities and around the globe,” Monique said in a statement. “My hope is that GIMMEMO’ will inspire others to take action on behalf of future generations.” The series is produced by Monique and Lea Zesati’s diverse female-led team at Motivated Productions for Discovery Life. Lea serves as producer and Monique as executive producer and the series is directed by rising directing and cinematography star, Valentina Vee.

Monique is known for playing Taylor McKessie in Disney’s High School Musical franchise. She also had a recurring role as Mary-Margaret on The Suite Life of Zack & Cody. Monique is the first ever United Nations Youth Champion. During The International Year of Youth, Monique organized and funded a six month global tour to 24 countries, and raising awareness about the most pressing issues facing today’s youth. Monique is a supporter for “Girl Up” and is Allstate Foundation’s “Good Starts Young Ambassador.” She’ll be starring in the upcoming films Steppin’ Back to Love on TV ONE and Somebody’s Someone on Lifetime.