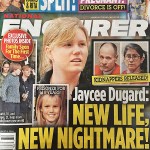 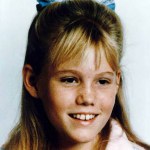 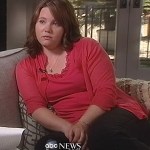 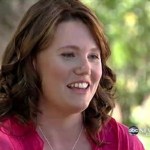 If anyone knows what Elizabeth Smart is going through – it’s Jaycee Dugard. See what the fellow kidnapping survivor has to say about the decision to release Elizabeth’s captor early.

After hearing that one of 30-year-old Elizabeth Smart’s captors was set to be released from prison, fellow kidnapping survivor Jaycee Dugard, 38, has decided to speak out. “Wanda Barzee is clearly equally responsible for their actions and she should not be allowed to send a message that her actions are excusable,” Jaycee told ABC News in a statement. “Believe Elizabeth when she says this woman is a threat to society,” she added.

Jaycee is standing by Elizabeth in a show of solidarity, because she knows firsthand what she has been through. Jaycee was 11-years-old when she herself was kidnapped, near her Lake Tahoe, California, home. She was then held captive for 18 years, and gave birth to her two daughters while being held prisoner. Jaycee’s own captor, Phillip Garrido, had been released early from prison just before he kidnapped her, and the survivor wants to her situation to be a lesson learned. “Wasn’t a lesson learned from my case, when Phillip was released from prison early in his first rape and kidnapping conviction?” she said. “He was then free to take me with his wife’s help.”

The survivor continued to condemn the decision of Wanda’s release, saying she feels “deeply for what Elizabeth is going through knowing this dangerous person is free to walk the street.” Wanda was initially scheduled to be released in January of 2024, but ultimately, the Utah Board of Pardons and Parole decided on a 2018 release for the abductor.

Elizabeth herself has also slammed the decision to release Wanda early. On Sept. 11, she issued a statement surrounding the decision of her captors early release, revealing how exactly she feels about her abductor being free after serving only 15 years in prison. “It is incomprehensible how someone who has not cooperated with her mental health evaluations or risk assessments and someone who did not show up to her own parole hearing can be released into our community,” Elizabeth began her statement. “I am trying to understand how and why this is happened and exploring possible options.”