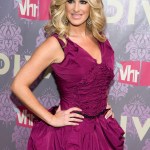 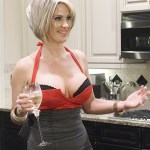 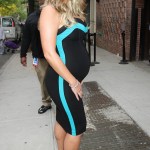 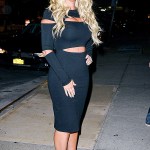 Time has been kind to Kim Zolciak, but no year was the same! See how this beauty queen’s looks have changed over time, from pregnancy to lip fillers. See pics, here!

Kim Zolciak’s trademarks are her long blonde tresses and luscious lips. But has she always looked the same? The Real Housewives of Atlanta star joined the 40’s club this year, so let’s reflect on how she’s (gracefully) aged, beginning in 2008. Kim had just joined RHOA, and gone were the extensions and wig she loves to rock now! As you can see in our gallery above, the reality television star rocked a much shorter ‘do on the small screen: an asymmetrical bob. Remember when that haircut was the craze? We blame Cameron Diaz! Kim’s lips were also thinner, but she’s not ashamed of the injections she got years later. When a fan on Instagram told her in August that she doesn’t need the lip fillers, Kim responded in her comments section, “I love them for now❤️.”

But even more noticeable than the arrival of her plumper lips was (another) baby bump in 2012. Barely a year after giving birth to her first son Kroy Jagger Biermann, Jr., 7, in May of 2011, she announced another bun in the oven — Kash Kade, 6 — in March of 2012! And you can see above how cute a pregnant Kim looked. The expecting mother at the time didn’t let pregnancy stop her from putting on a tight dress, platform heels, and blowing out her hair! We told you — although her trends have changed, the RHOA star has always been a glamour queen.

Skip ahead three years, and Kim looked super tone in a halter jumpsuit. The picture in question, taken on set of Good Morning America in September of 2015, was snapped while she was competing on Dancing With The Stars. We could tell she’d been rehearsing, judging on how tone her arms were. But Kim has also admitted to getting work done on her body in the past, saying in a July 26 episode of her podcast House Of Kim, “I already called Dr. Hochstein, who did my boobs and tummy a few years ago — he did my hernia repair and my tummy tuck after that.” She then revealed she’s planning on getting breast reduction surgery.

Happy Birthday my love @kroybiermann ❤️ the BIG 33! You have accomplished so much in 33 years and I look forward to another million together. You truly amaze me DAILY Kroy! I have are no words to describe how much I love you! I feel it deep in my soul and to the core of my being. Thank you .. THANK YOU for loving me and our kiddos like you do!! HAPPPPY HAPPPPY BIRTHDAY 🎁 You are in for the night of your life!!

It’s unclear if Kim actually went through with the boob reduction plans. Her cleavage was certainly popping out of a corset-style dress in her latest photo! Kim debuted a hot hourglass figure in a lacy bustier dress as she posed for a photo with husband Kroy Biermann, 33, celebrating his birthday on Sept. 12. Fans freaked out over the sexy shot, but some haters unkindly criticized her face. Here’s what Kim has to say to the trolls! “I think where people get confused is that I was pregnant for three years,” she told People in an interview published on April 6, 2017. Following Kash, Kim also gave birth to twins Kaia and Kane, 4, in 2014. “I’ve aged, so my face has thinned out a little bit. But I have nothing to hide. And also I have nothing to prove!”