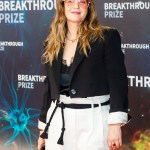 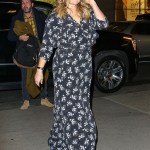 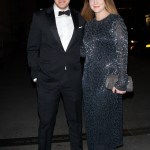 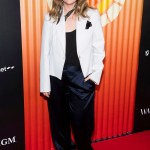 Could past flames Drew Barrymore & Justin Long be ready to take another shot at romance? The two reportedly have been seen out in New York City together!

Drew Barrymore, 43, & Justin Long, 40, may have called it quits years ago, but the two are very much still apart of each other’s life! The pair recently reunited, according to Page Six. It all went down at the Lowell Hotel in New York City’s Upper East Side on Monday, Sept. 10. “He came in [alone]. They left together,” said a source to the publication. “It was like they were together and trying to look like they weren’t,” the source added. Could their secret meet up be the start of a reignited romance?

The meeting happened following Justin’s reported breakup with girlfriend and CHVRCHES frontwoman, Lauren Mayberry. Justin and Drew have “been talking more” lately according to E! News. “They are both single and they are spending time together,” but “that’s all it is for now, a source told the site. Previously, Drew was romantically linked to Will Kopelman, who she divorced in 2016.

The reunion between the two stars is hardly a surprise – the pair have always shared a very on-and-off relationship, but have “stayed in touch” over the years according to E! The A-list actors first met on the set of He’s Just Not That Into You in 2008, which Barrymore co-produced, and it didn’t long before they became an item. Justin and Drew dated for two years, before calling it quits, but briefly reignited their romance again in 2010 when they worked on Going The Distance together! Since then – they have even “worked together and bounced ideas off of each other from time to time,” revealed the insider.

The pair forged a “very special connection and bond that never went away,” the source added. Drew has “a fondness for him and he’s always been in her life even if they weren’t a couple,” they added. If these two lovebirds are indeed taking another shot at romance, we are so here for it! HollywoodLife has reached out to reps of both stars for comment, which was not immediately returned.