There’s a silver lining to the news of Amanda Stanton’s alleged arrest, which broke Sept. 11: her surprisingly gorgeous mugshot. And you can see it here!

Bachelor In Paradise star Amanda Stanton, 28, got the party favor she wasn’t expecting after a post-bachelorette party in Las Vegas. She was released on Sept. 10 following an alleged arrest over a “misdemeanor domestic violence” for reportedly shoving her boyfriend Bobby Jacobs in front of an Encore hotel guard, who then called the police, according to TMZ‘s report on Sept. 11. But the cops also took a very complimentary photo of the reality star before saying adieu! Seriously, this photo might even beat out “hot felon” Jeremy Meeks for hottest mug shot. We wish the Las Vegas Metropolitan police took our yearbook photos!

Still, this news is shocking. We mean, it’s Amanda…one of the favorites on Ben Higgin’s season of The Bachelor! But there could be a reason for the freak incident. Someone might’ve “slipped something” into Amanda’s drink, according to what sources close to her told TMZ. Otherwise, Amanda has only really had trouble in paradise. Yes, as in the reality show — we’re looking at you, ex-boyfriend Robby Hayes. Amanda has once been involved in a beef however, and it was with Bachelorette star Leo Dottavio. According to Amanda, he allegedly DM’ed her and called her “piece of shit” after she tweeted on Aug. 27 that Water World fired Leo.

But that’s just social media feuding. Fans are now debating whether Amanda was really capable of domestic violence. “I’m sorry but @amandastantonnn is a very petite woman and her bf is ginormous…she shoved him hard enough to be arrested?! Get real,” one user tweeted on Sept. 11, referring to Bobby’s shocking 6’6″ height. Others were more critical of Amanda’s alleged actions. One Twitter user wrote, “Apparently got arrested for assault. It’s so saddening to see people not taking this seriously. If her boyfriend did this to her there would be more uproar.” 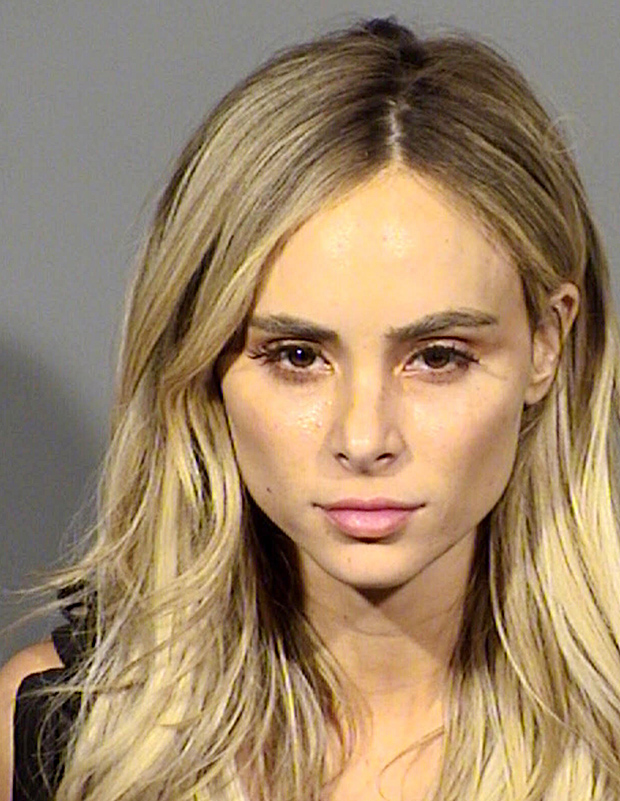 Hollywoodlife has reached out to The Wynn Resort, which owns Encore. They said “no comment.”