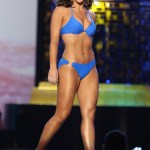 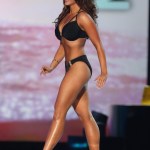 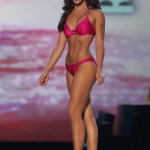 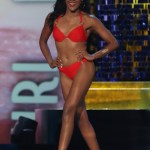 There won’t be a swimsuit competition during the Miss America 2019 pageant. Here’s why the contestants won’t be wearing bikinis during this year’s show (or any show from here on out).

When you think beauty pageants, you probably immediately make the leap to swimsuit competitions. For decades, contestants have been stepping out on stage in bikinis as they vie for the title of Miss America, but that’s all changed. There will no longer be a swimsuit portion going forward.

The guideline change was confirmed earlier this year by Gretchen Carlson, the chairwoman of the Miss America pageant and the competition’s 1989 winner. “We are no longer a pageant. We are a competition. We will no longer judge candidates on their outward physical appearance,” Carlson announced on the June 5 episode of Good Morning America. “That’s huge. We will no longer have a swimsuit competition.”

The rule change will become official tonight, Sept. 9, during the Miss America 2019 pageant that is being held in Atlantic City. Carlson also revealed that the evening gown portion will also see some updates. “We’re no longer judging women when they come out in their chosen attire. It’s going to be what comes out of their mouth that we’re interested in,” she said.

The Miss America board of trustees isn’t concerned about how the changes will affect the show’s rating. “People actually like the talent part of the competition,” she continued, before adding that she thinks these changes will make the competition more accessible to a more diverse range of women.

“We hear a lot of people say … we’d love to be part of your program, but we don’t want to be out there with high heels and a swimsuit,” she said on the morning talk show. “We think we’re going to have a huge influx, not only in sponsors, but in young women. Who doesn’t want to be empowered, learn leadership skills and pay for college? And be able to show the world who you are as a person from the inside of your soul. That’s what we’re judging you on.”