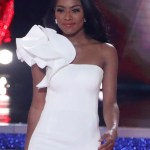 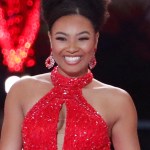 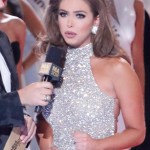 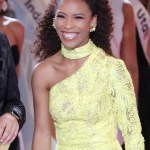 With 51 gorgeous contestants in the Miss America 2019 pageant, it’s impossible to pick just one gorgeous woman. We’ve got the beauty and style of all of the lovely ladies.

There she is…..Miss America. One of the 51 beauties in the Sept. 9 pageant will end up walking away with the title, a crown and a sizable scholarship. The judges — including Laila Ali, Jessie James Decker and Randy Jackson — have quite the challenge on their hands as all of these ladies are absolutely stunning. Every state and Washington D.C. was represented in the contest, and the diversity among the contestants showed how every woman is uniquely beautiful.

There were some stunning beauty looks throughout the night. Many of the contestants opted to wear their hair down in tousled waves. There were a few sleek ponytails and curly updos in the mix as well. As for makeup, fake eyelashes and full contour was the name of the game. Dusty rose lips were definitely a huge trend at the show, but there were a few ladies who opted for brown and red hues.

For the first time ever in the 97 years of the pageant, the contestants won’t be seen in swimsuits. And it’s no longer being called a “pageant” by new chief, former Fox News host and former Miss America Gretchen Carlson. She’s deemed it a “competition” and in June announced she was doing away with the swimsuit portion of the show. Current Miss America Cara Mund, 24, was somewhat critical of the move, saying “The elimination of swimsuit may open the organization up to more people, but it might exclude other people to put so much weight on the talent portion.” The talent element is now going to be 50 percent of the contestant’s final score.

Gretchen doesn’t even want the “beauty” of the women to be a consideration in the scoring. “We are not going to judge you on your outward appearance,” 1989 Miss America Gretchen said on ABC’s Good Morning America in June. “We are moving it forward and evolving it in this cultural revolution.” So gone are the days of sexy bikinis and in are the days of a contestant’s talent, brains and ideas.

Not only is the swimsuit competition gone, the evening gown portion is getting a big change up. Instead of the finalists going super glam, the competition under Gretchen’s leadership is ushering in allowing the women to wear whatever type of clothing they choose, and putting the emphasis on their background and platforms. In other words, a contestant who is a nurse could choose to wear her scrubs in lieu of sequins and focus on her career. This should make for quite a different pageant…errr, “comeptition”….without all of the glitz, glam, and sexy abs on display in bikinis.