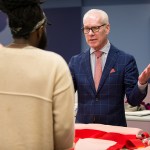 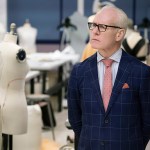 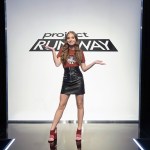 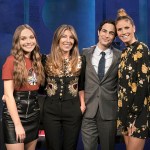 It’s the end of ‘Project Runway’ as we know it! After 16 seasons on the show, Heidi, Tim and Zac Posen have all announced that they’re leaving it behind — and fans are SHOOK.

16 seasons down — and no more to go? We did not see this coming! When Project Runway returns in 2019, Heidi Klum, 45, and Tim Gunn, 65, will no longer be hosting the classic show. Instead, the hosts are leaving to develop and headline a new show with Amazon Prime Video. “I am grateful to Project Runway for putting me on a path I never, in my wildest dreams, thought my career would take me!” Tim said in a statement. “I am so proud to have been a part of the groundbreaking process that showcased talented young designers as never before. Most importantly, I am indebted to our incredible fans, they are the heart and soul of what we do, and continue to inspire us to raise the bar in this arena. I’m excited for them to see what’s next, as I partner with Amazon and Heidi Klum on our next great ‘fashion’ adventure.”

The supermodel echoed his sentiment. “After 16 incredible seasons, I am saying ‘Auf Wiedersehen’ to Project Runway, a show that I was honored to host and help create,” Heidi said. “I am incredibly proud of the show, and it will always have a special place in my heart. I am so appreciative of the dedicated fans, and most of all, I am grateful that we could shine a light on creativity and help launch so many talented designers’ careers. I’m most excited that my journey with my dear friend and colleague, Tim Gunn, is far from over. We will be partnering with Amazon for a new show, and we’re excited for everyone to see what we’re designing next!”

Heidi and Tim aren’t the only ones jumping ship! Turns out Zac Posen, 37, is also leaving the show, although he will not be joining his co-stars for their new Amazon endeavor. “Working alongside Heidi, Nina and Tim as a judge for six seasons of Project Runway was one of the greatest experiences of my career,” Posen said in a statement. “I will cherish the opportunity the show gave me to learn from and grow with my co-judges, the producers, crew and designers. Runway has led to incredible opportunities and I am currently at work on some new projects that I am very excited to share with you soon. I wish the show and everyone much success always.” With his departure, Nina Garcia, 53, remains the only host left.

Although fans are incredibly relieved that this isn’t the end for Tim and Heidi, they’re still stunned by the news of their departure. “I need to take a sick day,” one fan wrote, while another added, “What is even the point of Project Runway without Tim Gunn?”

It’s not even project runway without them!!! ESPECIALLY without tim!#makeitwork

While it’s hard to imagine this classic show without Tim or Heidi, it’s even harder to imagine what their new project will be like. “The series will be a fresh take in the reality space and will appeal to a global audience who are entertained by competition, storytelling, and authenticity,” Amazon revealed in a statement. “Additionally, Amazon Fashion will create a shoppable experience for viewers.”

Vague, but we’ll have our eyes peeled for more details!