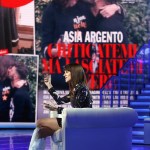 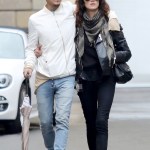 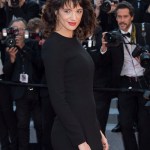 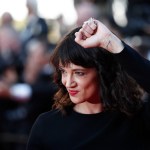 Bella Thorne blasted Asia Argento in a series of tweets on Sept. 5 after the Italian actress claimed Jimmy Bennett allegedly ‘sexually attacked’ her, just weeks after Jimmy accused her of the same thing.

Bella Thorne tweeted our sister site Deadline’s story regarding Asia Argento’s allegations against Jimmy Bennett, 22, and wrote, “I’m disgusted. No longer want to be apart of the #metoo movement. Jimmy was a young kid. This is gross.” The 20-year-old actress followed up with, “If this is what the me too movement is going to be about now I’m not here for it.” She also added: “Victim shaming. Just awful.”

Bella’s defense of Jimmy is because when Asia launched “Phase Two” of the #MeToo movement on Sept. 5, she called out Jimmy for an alleged sexual attack. Asia is adamant that she “never initiated an inappropriate sexual contact with a minor, but rather she was attacked by Bennett and might even be suffering the fallback of a smear campaign by those already accused who have a vested interested in their accusers being denied credibility,” according to the statement from Asia’s attorney, Mark Jay Heller.

If this is what the me too movement is going to be about now I’m not here for it.

Jimmy previously accused Asia, now 42, of alleged sexual misconduct in an explosive New York Times article. Jimmy, who played Asia’s son in the 2004 film The Heart Is Deceitful Above All Things, claimed that in May 2013 Asia gave him alcohol and “kissed him, pushed him back on the bed, removed his pants, and performed oral sex,” according to documents obtained by the New York Times. He also alleged they had sexual intercourse. Jimmy was 17 at the time, while Asia was 37. Jimmy claims that the alleged “sexual battery” at the hands of Asia has negatively impacted his life, including his career. He was reportedly paid $380,000 for his silence, but that has been disputed by Asia.
Asia has been one of the pioneers of the #MeToo movement and was one of the first woman to accuse Harvey Weinstein of sexual assault. Following her lawyer’s statement, Jimmy is now reportedly going to the L.A. County Sheriff’s Dept. to file a sexual assault claim against Asia, according to TMZ. Jimmy’s own lawyer told the outlet that “the attack on my client’s character has no bearing on the events that took place on May 9, 2013. These are statements that are meant to intimidate, shame and insult my client.”
Bella has been a supporter of the #MeToo movement. She revealed on Instagram in Jan. 2018 that she was a sexual assault survivor. “I was sexually abused and physically growing up from the day I can remember till I was 14 … when I finally had the courage to lock my door at night and sit by it,” she wrote.