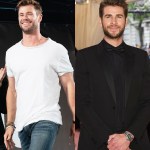 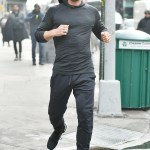 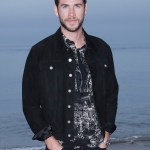 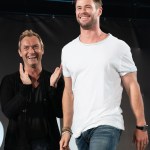 Liam Hemsworth’s doppelganger may have been found in Russian tennis player Karen Khachanov! The athlete’s almost identical looks to the actor left many fans in awe after his tennis match on Aug. 31.

Liam Hemsworth, is that you?! The 28-year-old Australian actor may have found a long lost twin in Russian tennis player Karen Khachanov, 22, and we’re not kidding. The two look so much alike that we had to do a double take during Karen’s U.S. Open tennis match against Rafael Nadal on Aug. 31 and many fans took to Twitter with similar thoughts. Although Rafael won the match, Karen left a lasting impression because of his almost identical look to Liam.

The ONLY difference these two hunks seem to have is the color of their eyes. Liam’s known for his ocean blues while Karen has darker eyes but they still look like they could basically be the same person. “So, I was watching Nadal vs Khachanov in the @usopen yesterday, and I’m still not convinced that Khachanov isn’t just Liam Hemsworth’s alter-ego. Thoughts?,” one Twitter user tweeted about the guys. “Is Khachanov a long lost Hemsworth brother? @chrishemsworth @LiamHemsworth #USOpen,” another posted.

Liam, of couse, already has two older brothers, Luke & Chris Hemsworth and yes, they all do look alike but we think Karen takes the cake when it comes to the closest resemblance which is pretty ironic considering the two aren’t even related! Well, not that we know of anyway. Perhaps Liam has long lost family in Russia? It’s definitely possible! Liam hasn’t commented on their similar looks just yet but the amount of headlines they’re making seemed to catch Karen’s eye when he jokingly took to Instagram to post a pic of the three Hemsworth brothers along with the caption, “Are you related to Liam Hemsworth?” and his answer, “Yes, I am the 4th brother.”

It’s good to know Karen’s taking his Liam comparison all in good fun! While his success definitely proves he’s a great tennis player, perhaps when he’s ready to retire he can try his hand in acting. He’d be perfect for the role of Liam’s stand-in!