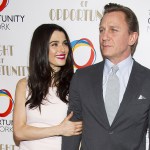 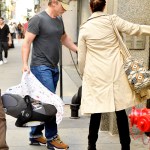 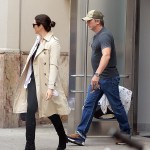 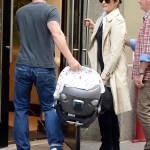 It’s a baby — a newborn baby! That’s right, ‘James Bond’ actor Daniel Craig just welcomed a little one to the world with his wife Rachel. Even though they both have a child of their own, this is their first baby together. So happy for them!

Rachel Weisz, 48, and Daniel Craig, 50, are now the proud parents of a newborn baby girl! The exciting news was reported on Aug. 31 via the Daily Mail which means the wait is officially over. And what a relief that is! These two have had us on the edge of our seats ever since Rachel announced that they were expecting in April 2018 in a New York Times profile piece. “Daniel and I are so happy,” she said. “We’re going to have a little human. We can’t wait to meet him or her. It’s all such a mystery.” The talented pair have been married since 2011 — about time they had a baby together, right?

Although this is the first time they’ve tackled this particular milestone together, both Rachel and Daniel have been in the same position before with other people. That’s right, back when Rachel was engaged to director Darren Aronofsky, she gave birth to a baby boy named Henry in 2006. And long before that, Daniel and his ex-wife Fiona Loudon welcomed a little girl named Ella. It’s pretty amazing that their newborn already has a built-in family complete with an older brother and an older sister. Talk about starting off strong! As if it wasn’t cool enough that this baby’s dad is literally James Bond.

But let’s not forget about the elephant in the room. How were Rachel and Daniel able to get pregnant so late in life? Probably not naturally, according to Zaher Merhi, MD, FACOG, HCLD, and Director of IVF Research and Development at New Hope Fertility Center, who talked to HollywoodLife.com EXCLUSIVELY. “Above the age of 44, while it is possible to become pregnant naturally, most women will find success with an egg donor,” Dr. Merhi said. “We have also seen benefits from yoga, acupuncture, losing weight, eating healthy, and supplements. These all MIGHT help.”

Whatever the case, it sure worked because their little one is here. They did it! So we won’t question how Rachel got pregnant at 48 — we’ll just say congratulations! Welcome to the family, little one.