Notice anything different about NeNe Leakes? The Real Housewives of Atlanta star, 50, has been open about getting a nose job in the past, and it appears that she’s had work done again. Fans were surprised to see pics of NeNe at the 2018 BMI R&B/Hip-Hop Awards looking nearly unrecognizable. Don’t get it wrong; she looked fabulous. But there was something just a little off that nobody could put their finger on.

Was it another nose job? A facelift? Or maybe just the work of a different makeup artist. Some fans are convinced that she did have work done again — and they weren’t very nice about it. “Her face looks terrible 😕she should have just left her face alone. Everyone knows that’s saying ‘if it’s not broke Don’t try to fix it,'” someone named Terri Rosser wrote on Facebook. Joe Fredrick Johnson commented, “Rapidly turning to the Queen Bee smdh see that’s the thing, once you start going under the knife you can’t stop, it’s like an addiction and you need that next hit.” Rude!

Someone else mused that “she doesn’t even want a nose at all,” and there were plenty of comparisons to Michael Jackson. Could we please let the woman live? You can see a side-by-side comparison of NeNe “before,” and NeNe at the BMI Awards below. To us, if seems as if NeNe’s makeup is just heavier, and her brows are thicker. We all know that the shape of our eyebrows changes the entire face! 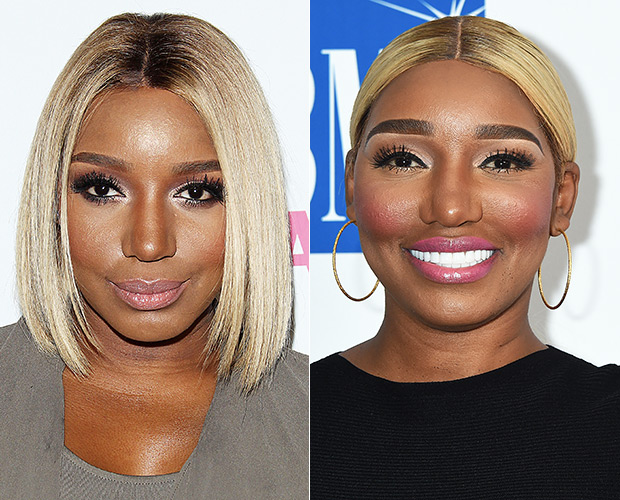 Who cares what she did or didn’t do, either way? We think she’s a total babe and should just mute the haters!