Ben Affleck, 46, has entered rehab for a third time after his ex and mother of his three children, Jennifer Garner, 46, allegedly staged an intervention at his home on Aug. 22. Jennifer was reportedly seen leaving Ben’s place “upset and shaking,” according to PEOPLE. The Peppermint actress eventually returned to Ben’s home with an unidentified woman to drive him to a treatment facility in Malibu. They also stopped at Jack in the Box on the way. HollywoodLife has reached out to Jennifer’s camp for comment and did not hear back at the time of publication.

Ben reportedly agreed to go back to rehab after Jennifer allegedly “begged him to get help,” according to TMZ. HollywoodLife learned EXCLUSIVELY that Ben returned to rehab “because he respects Jen’s wishes.” Ben went to rehab for the first time in 2001. The Oscar winning actor revealed in March 2017 that he had completed treatment for alcohol addiction.

At the time, Ben admitted that alcohol addiction is “something I’ve dealt with in the past and will continue to confront. I want to live life to the fullest and be the best father I can be. I want my kids to know there is no shame in getting help when you need it, and to be a source of strength for anyone out there who needs help but is afraid to take the first step. I’m lucky to have the love of my family and friends, including my co-parent, Jen, who has supported me and cared for our kids as I’ve done the work I set out to do. This was the first of many steps being taken towards a positive recovery.” 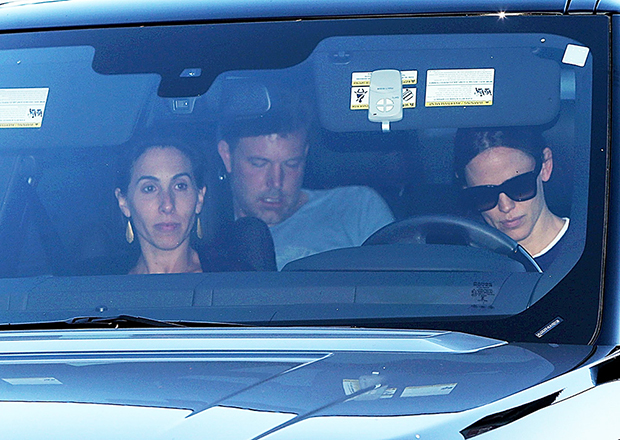 Jennifer and Ben have three kids together — Violet, 12, Seraphina, 9, and Sam, 6. The couple split in June 2015 after 10 years together. Their divorce has yet to be finalized. Just days before Ben’s return to rehab, Jennifer received a star on the Hollywood Walk of Fame. She was surrounded by her kids, family, and close friends.