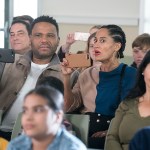 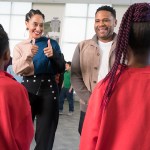 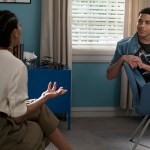 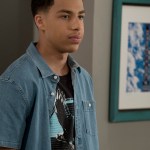 Costume Designer Michelle Cole reveals the importance of wardrobe to telling a story, especially in her current project, ‘Black-ish,’ for which she is nominated for an Emmy Award!

Michelle Cole is the woman who helped make Yara Shahidi a style star on the television, cemented Tracee Ellis Ross as one of the best dressed women on TV, and put Anthony Anderson in some enviable sneakers on black-ish! All her hard work, and brilliant vision, helped her land an Emmy Award nomination this year for Outstanding Contemporary Costumes, for black-ish‘s “Juneteenth” episode. “When people watch these characters, they become emotionally committed to them. People love Anthony’s Dre and Tracee’s Rainbow, and their clothes tell a story,” Michelle revealed in an exclusive interview with HollywoodLife.com. “They’re educated, they’re in a predominately white neighborhood, and it’s natural and effortless for them to dress — they always look great.”

When it came to dressing the Johnson’s four kids, Michelle dug deeper into the psyche of the characters, and the style choices their on-camera parents would have probably made for them. “Dre and Rainbow are trying to fit their children into society — being in a predominantly white high schools with money, while still keeping their blackness,” Michelle explained. “I think the clothes really tell a big part of the story and I think its really nice to see a black family portrayed this way on television.” While Michelle’s episode-to-episode looks are always fabulous and planned out to the last button, the episode she’s nominated for, “Juneteenth,” stood out in more ways than one. 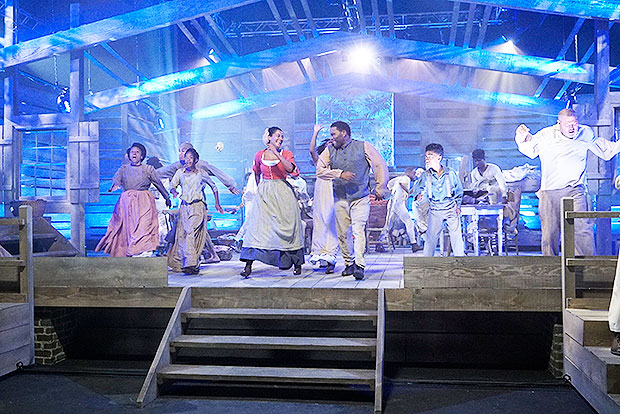 Recall, “Juneteenth was the premiere episode of Season 4 last year on October 3, 2017, in which Dre is disappointed by the twins’ school’s Columbus Day play, and decided to put on his own musical about the holiday, Juneteenth. June 19th celebrates the announcement of the abolition of slavery throughout the Confederate states. Using some Hamilton inspiration, Dre and his family successfully tell the story of Juneteenth and created an educational and important episode — and the costuming was award winning material. “I did a lot of research off The Color Purple, which is another one of my favorite movies. So when I was doing research, it was a wonderful and spiritual experience, as far as going back, but its also a painful time of going back,” Michelle explained. “You’re going through history books looking for costumes, at the same time you’re seeing the lynching, the boats, the slaves, the chains. It was very emotional doing the research for this project.” However, Michelle went on to say that black-ish‘s “Juneteenth” episode was “one of my favorites of all of black-ish!”