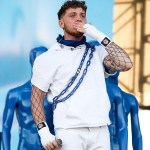 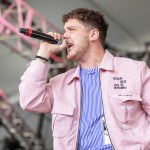 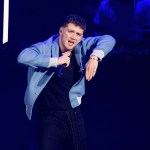 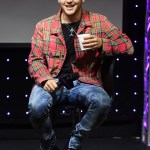 Bazzi is set to perform at the 2019 MTV Movie & TV Awards, so here’s everything to know about the ‘Mine’ singer who’s slated to hit the stage!

It’s that time! The MTV Movie & TV Awards are upon us and Bazzi is one of the superstars hitting the stage to perform. Alongside Lizzo, he’s one of the musicians slated to deliver what is sure to be a show-stopping performance! With hits like “Beautiful,” “Mine,” and “Paradise,” he’s solidified himself as one of the top rising artists in the game and clearly isn’t going anywhere anytime soon. However, for those who need a refresher on Bazzi, here’s everything you should know about the musician who’s performing at the awards show.

1. The “Mine” singer got big because of Vine. R.I.P. Vine. While other artists used social media and streaming platforms to launch their careers – never forget that Justin Bieber got his start on YouTube – Bazzi has the distinction of being the first person to release a song on Vine, according to Billboard. Bazzi, whose account boasted 1.5 million followers back in 2015, released “Bring You Home” as a Vine Featured track. Yes, the clip was six seconds long and yes, fans were able to instantly use the song in their videos. It also allowed fans to buy his track on iTunes.

2. His latest success is courtesy of Snapchat. From one social media platform to another. So, Bazzi released his single “Mine” on Oct. 12, 2017, but it didn’t debut on the charts until Feb. 3, 2018. Why the sudden success, months after its release? The song became a meme after it became a Snapchat filter. “You so f*cking precious when you smile,” Bazzi sings as hearts appear around a person. Hey, if the guy can release a song on a 6-second-social media platform, why not be a filter?

The melody, by the way, came to Bazzi while hanging out with some friends at a pool party, according to USA Today. A few days later, he went into the studio with producing duo Rice N Peas to record it. The lyrics were something “just kind of spit out in freestyle… “I loved the simplicity of it, while at the same time, it held so much detail and feeling.”

3. He released his debut album, Cosmic, in 2018. And there’s a reason he chose that title! “I think space and music go hand in hand, in the sense that they give a little more mystery and magic to life,” he said of the record.

4. He’s Lebanese-American. Bazzi was born in Dearborn, Michigan, a town with a large Middle Eastern population.  “I’m very heavy into that culture,” Bazzi said, stressing the importance to embrace his heritage, even while President Donald Trump seems to vilify immigrants (especially those from predominantly Muslim countries.) “It’s so incorrect what’s going on (politically), and I think it’s good for Lebanese-Americans to have someone they can look at and let them know that someone’s supporting them.”

5. He’s toured with Camila, and Taylor is a fan. Bazzi opened for Camila Cabello on her North American tour, and she returned the favor by remixing his track, “Beautiful.” The new version was released on Aug. 2, months after Cosmic dropped. It’s funny that Camila also opened for Taylor Smith on her Reputation tour, as Tay included Bazzi in her “Songs Taylor Loves” playlist on Spotify in February. “That was really cool. Taylor’s an artist I respect a lot — she’s an amazing songwriter and businesswoman.”